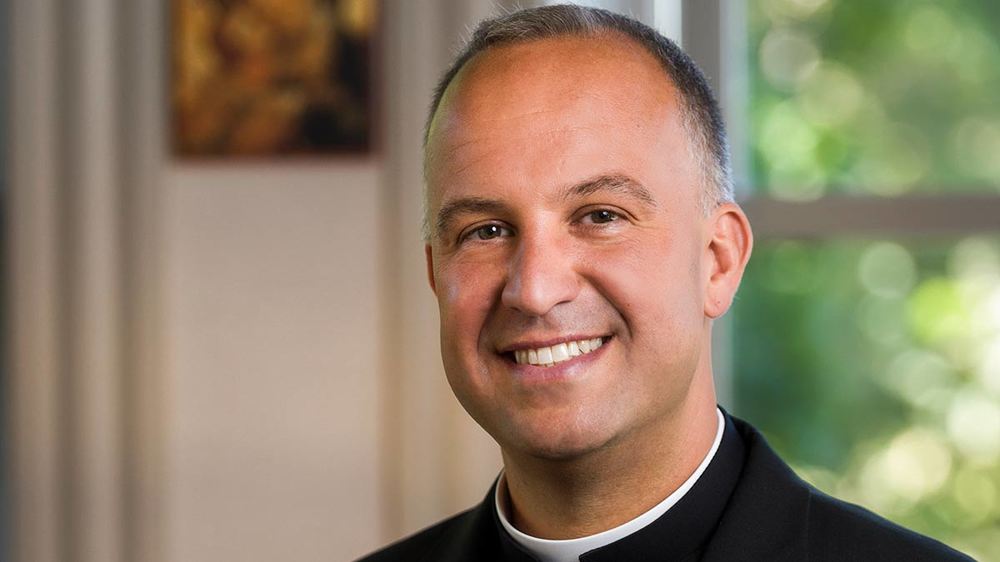 “Father Olinger has proved a thoughtful, engaged member of our Board of Trustees and a great administrator at Portland,” Father Jenkins said, adding: “We’re grateful and excited to have Gerry steward and deepen Notre Dame’s Catholic and Holy Cross mission, enhance our contributions to the Church and advance ecumenical and interfaith understanding and cooperation at Notre Dame and around the world.”

“I am humbled by Father Jenkins’ invitation to serve the University,” Father Olinger said. “Notre Dame has helped form me academically and spiritually. I am grateful to have served this truly excellent institution for the last four years as a Trustee, and I look forward to continuing to serve the University and its mission by cultivating the Catholic and Holy Cross mission of Notre Dame and catalyzing its service to the Church.”

Father Olinger currently is Portland’s vice president for university relations, responsible for the Offices of Alumni and Parent Relations, Development, Marketing and Communications and University Events.  He is a concurrent assistant professor of political science in the university’s College of Arts and Sciences.

Prior to his work in university relations, Father Olinger served as vice president for student affairs at Portland. In that capacity, he had oversight for the Offices of Residence Life, Public Safety, Student Activities, Career Services, Campus Ministry and International Student Services, as well as the University’s Health and Counseling Center and Moreau Center. He assisted with the planning and development of several important campus projects, including the construction of the Beauchamp Recreation and Wellness Center and Lund Family Residence Hall, as well as the renovation of the Pilot House. He also previously served as executive assistant to Portland’s president.