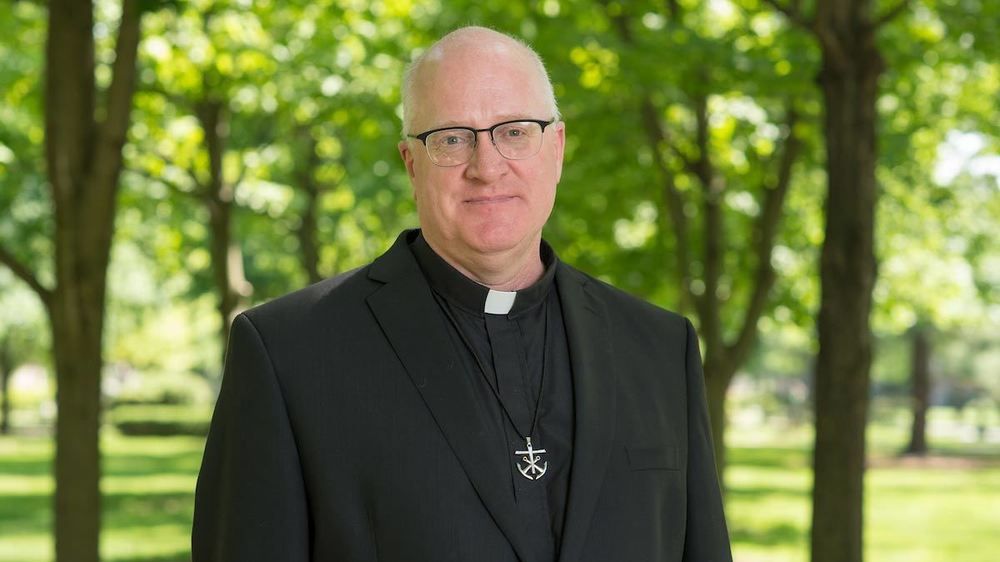 Rev. William M. Lies, C.S.C., vice president for mission engagement and church affairs at the University of Notre Dame, was elected Thursday (June 14) provincial superior of the Congregation of Holy Cross, United States Province of Priests and Brothers, by the Provincial Chapter at its meeting in Wilkes-Barre, Pennsylvania.

As provincial superior, Father Lies will oversee the work and welfare of more than 500 priests, brothers and seminarians in the U.S. province. He succeeds Rev. Thomas J. O’Hara, C.S.C., who served for six years.

“I am both humbled and honored by the confidence my Holy Cross brothers have placed in me,” said Father Lies. “I accept this role in service to the Congregation and the Church, confident the Lord will guide our efforts.”

“Father Bill Lies served with distinction as executive director of the Center for Social Concerns and has been an invaluable partner to me in building the Office of Mission Engagement and Church Affairs as its inaugural vice president,” said Rev. John I. Jenkins, C.S.C., president of the University. “We will miss him at Notre Dame, but I know he will serve the Holy Cross community in this new role with his characteristic dedication and faithfulness.”

Until a new vice president for mission engagement and church affairs is named, Chuck Lamphier, director of church affairs, will lead the office.

Appointed to his current role in March 2012, Father Lies assisted in deepening the conversation across the academy on issues of importance to the Church. He also served as the liaison for Notre Dame to the Congregation of Holy Cross, U.S. bishops, the U.S. Conference of Catholic Bishops and its affiliates, and the Holy See, and he oversaw the University’s Tantur Ecumenical Institute in Jerusalem.

The U.S. Province carries out the vision of Holy Cross founder Blessed Basil Moreau to make God known, loved and served through higher education, parish and other ministries throughout the United States. In addition, the province has apostolates and missions in East Africa, Chile, Peru and Mexico.

The Constitutions of the Congregation of Holy Cross give the provincial superior authority over all members and houses in the province. He is elected by at least two-thirds vote of the chapter and confirmed for a six-year term by the congregation’s superior general in Rome, Rev. Robert Epping, C.S.C.

A native of Little Falls, Minnesota, Father Lies was born July 4, 1962, and is one of 10 children. He has a twin brother, Jim, who also is a Holy Cross priest. Father Lies earned his bachelor’s degree in English with minors in French and philosophy from Saint John’s University in Collegeville, Minnesota. He entered the Congregation of Holy Cross on Aug. 15, 1988, professed first vows Aug. 12, 1989, received his master of divinity degree from Notre Dame and took final vows Aug. 28, 1993. He was ordained to the priesthood April 9, 1994.

Father Lies earned his doctoral degree in Latin American politics from the University of Pittsburgh. His research and teaching has focused on human rights, religion and politics in Latin America and the politics of poverty. He has given talks and lectures throughout the country, and serves on a number of related domestic and international boards. In 2013, he received Catholic Charities U.S.A.’s “Keep the Dream Alive” award that honors Martin Luther King Jr.