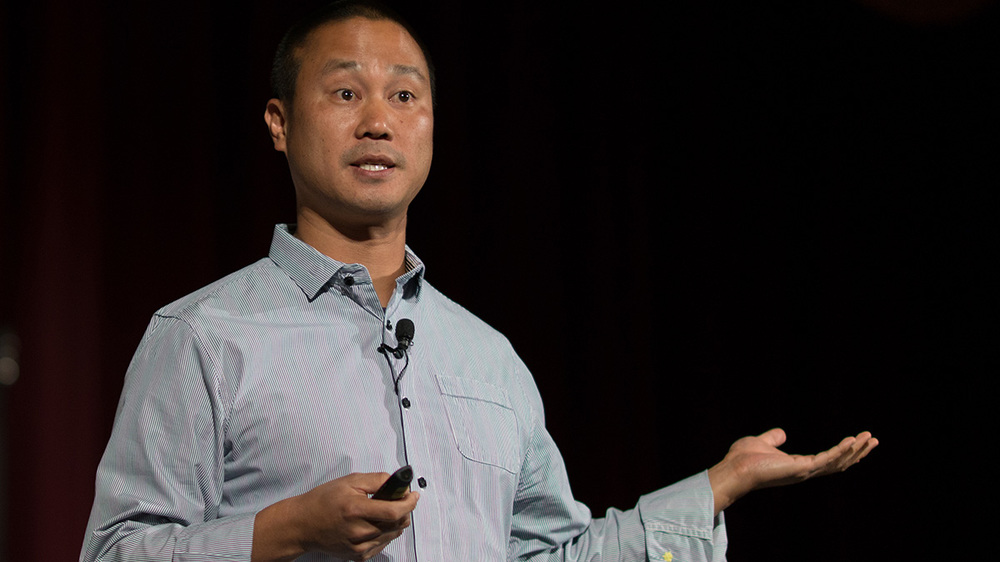 Zappos CEO Tony Hsieh will be a keynote speaker during Idea Week, a large regional event that will celebrate innovation and entrepreneurship in South Bend and Elkhart. The University of Notre Dame, along with the city of South Bend, the city of Elkhart and various community organizations and businesses, will host Idea Week April 21-28 (Saturday-Saturday).

Hsieh will speak on April 25 (Wednesday) at the Lerner Theatre during the Elkhart portion of Idea Week. Idea Week events, including Hsieh’s address, are open to the public.

Idea Week is part festival, part celebration of the innovative, entrepreneurial and creative energy, talent and leadership that are reinvigorating the South Bend-Elkhart region. Events include a headliner concert; startup competitions offering hundreds of thousands of dollars in prize money; speakers; workshops; and a TEDx event. A primary goal of Idea Week is to introduce entrepreneurs, founders, developers, makers, inventors, designers and investors to each other and to highlight the economic growth and innovation that is moving the region forward.

“Hsieh’s experience as a successful entrepreneur and leader who has established a culture of continually producing new ideas within Zappos fits perfectly into the core of Idea Week’s message of innovation and solving problems,” said Nick Swisher, director of Idea Week.

In 1999, at the age of 24, Hsieh sold LinkExchange, the company he co-founded, to Microsoft for $265 million. He then joined Zappos as an advisor and investor and eventually became CEO and helped Zappos grow from almost nothing in 1999 to the multibillion-dollar company it is today. The company was acquired by Amazon in 2009 in a deal valued at $1.2 billion. Hsieh has remained CEO of Zappos, which operates independently of Amazon, and continues to help build Zappos as a company dedicated to customer service, company culture and community.

Hsieh’s book, “Delivering Happiness,” was published in 2010 and outlines his path from starting a worm farm to life at Zappos. Hsieh shows how a very different kind of corporate culture is a powerful model for achieving success and happiness. “Delivering Happiness” debuted at No. 1 on The New York Times’ best-seller list.

More information about Idea Week is available at www.idea-week.com. Organizations wishing to be a part of Idea Week should contact Nick Swisher, director of marketing and communications at the Notre Dame Idea Center, at 574-631-2984 or nswisher@nd.edu.