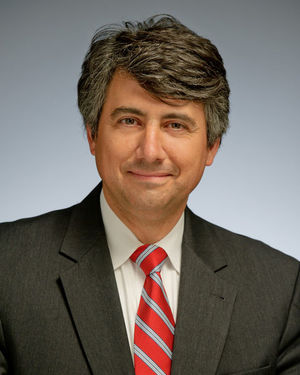 Peter Casarella, associate professor of theology at the University of Notre Dame and interim director of Latin American/North American Church Concerns (LANACC), is a scholar of Latino theology. Before joining the Notre Dame faculty in 2013, he served as professor of Catholic Studies at DePaul University where he was director of the Center for World Catholicism and Intercultural Theology. Books he has written or edited include “Jesus Christ: The New Face of Social Progress”; “A World for All? Global Civil Society in Political Theory and Trinitarian Theology”; “Cusanus: The Legacy of Learned Ignorance”; “The Hispanic Presence in the U.S. Catholic Church”; and “Christian Spirituality and the Culture of Modernity: The Thought of Louis Dupré.” He answers a few questions about Latin America and the Church.

How would you describe your research?

My research does not fit into the usual categories. I have worked on medieval mysticism, German philosophical theology and Latino Catholicism. I do not see these as separate boxes but as a single, albeit sometimes complicated, whole. I have been working on a project recently called “The God of the People: A Latino/a Theology.” It brings together research on Latin American and Latino/a perspectives on the doctrine and spirituality of the triune God. I hope to have this ready as a book manuscript by December.

Have Pope Francis’ particularly Latin American emphases in Catholic social teaching affected your work, and, if so, how?

I have always tried to learn more about the sitting popes and their vision of theology and the Church as part of my work. In the case of Saint John Paul II, I was also blessed with a personal meeting, and I was actually fortunate enough to have several conversations over the years with Pope Benedict. I have never met Jorge Mario Bergoglio, but I have been studying his writings from Argentina and Rome intensively since his election as Pope Francis. Together with the Institute of Latino Studies, I will be sponsoring three conferences (Havana, Notre Dame and Rome) on the “theology of the people” of the Argentine school of theology and its implications for the global Church. It’s true that Pope Francis has brought the social teachings of the Church to the forefront with renewed vigor. He has also promoted a revitalization of the idea of the Second Vatican Council of the Church as a people of God engaged in a common journey. I am particularly interested in showing how the emphasis of John Paul II on the family and Benedict XVI on moral conscience are not negated but deepened by the new Latin American and Latino accents of our Argentine pope.

How do you see the future of LANACC?

It has been a great pleasure and genuine privilege to spend the past academic year as interim director of LANACC. Rev. Robert S. Pelton, C.S.C., its director emeritus, is and always will be a giant in the area of interchurch cooperation, having begun work as a missionary of the Congregation of Holy Cross in the 1950s. He is not only as lively a conversationalist as anyone you’ll meet at Notre Dame (forget about the fact he’s 95 years old), but he’s also goldmine of information on the Church in Chile, Panama, El Salvador, Colombia and Cuba. I am in debt to him and wish that more people here at Notre Dame could benefit from his youthful, optimistic presence. For that reason, Father Bob and I are taking an undergraduate class of 17 students on a pilgrimage to Cuba during fall break in 2016.

What does the future hold for LANACC? Two things in particular come to mind. The first is what Father Bob calls “reverse mission.” We at Notre Dame must not only send people to witness and do service projects in the Church of the global South, but we also must confront our own identity here in the United States. That process has implications for immigration policy and social justice as well as for our identity as “Irish” and “American” Catholics. If we are Catholic in the true sense of the term, we can’t continue to support a nationalism and Americanism that closes its borders to the outside.

Second, I would like to see LANACC not only recover the memory of great figures from the past like blessed Archbishop Óscar Romero or Archbishop Marcos McGrath, C.S.C., but also the spirit and dynamism of these figures. We must make the past come alive in our own hearts and in the hearts of all the students here at Notre Dame. This hope entails promoting exchanges of ideas and activities that look anew at the need for interdisciplinary cooperation at our University and in collaboration with partner institutions in Latin America that will make the “preferential option for the poor” a living reality. One only need travel to the Mexican neighborhood in the western part of South Bend to see how timely and urgent these issues really can be.