Los Angeles Angels star outfielder Mike Trout is finalizing a 12-year contract extension said to be worth a record $426.5 million. The deal would be the most expensive in Major League Baseball history, the biggest in all of sports and would net Trout $36 million per year — an apparent bargain for the Angels, according to one University of Notre Dame sports economist.

How can one player be worth that much to a franchise? 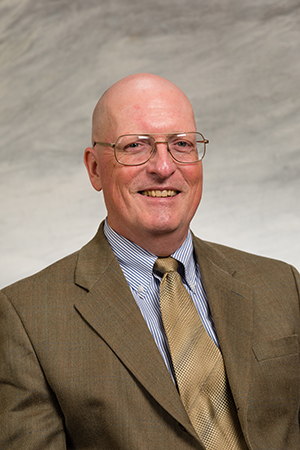 It’s simple math, says Richard Sheehan, finance professor in Notre Dame’s Mendoza College of Business and author of “Keeping Score: The Economics of Big-Time Sports.” It’s all about how much revenue Trout generates for the franchise.

“We can’t measure that directly, but we can measure it indirectly by looking at the market for free agents,” Sheehan says. “Look at players who had signed a free agent contract before the 2018 season and analyze how their production lined up with their performance. The best single measure of performance is wins above replacement (WAR), or how many additional wins a player contributed to his team’s performance above that of a replacement player.

“Mike Trout is a bargain,” says Sheehan, though he notes the calculation should also take into account how long Trout can perform at his current level.

“If he remains healthy, his peak years are likely ahead of him,” Sheehan says.  “Historically, MLB position players with his skill set retain their performance through their early 30s. His contract will expire when he is 38. So, take his $430 million divided by 12 years and divided by $4.6 million per WAR. The answer is 7.8, meaning as long as he produces that average over the life of the contract, it’s a smart signing for the Angels.”

Trout has had only one season with a WAR below that value and in that season he was battling an injury. Sheehan says the Angels are likely expecting he will produce a WAR near 10 for the next seven years, until he’s 33. To reach the break-even point, he would need to average about 4.5 for the last five years of the contract, which is possible if you consider former outfield superstars.

“Mickey Mantle retired at 36 and had a WAR of ‘only’ 3.6 in his last three years playing,” Sheehan points out. “In contrast, Ted Williams and Hank Aaron both averaged 6.8 from age 33 to 38. It’s not only possible, but probable that Trout can produce at similar values, if he can avoid injuries.”

Sheehan’s numbers are based on his calculations of the ratio of salary relative to WAR for 2018. What will that look like in five or 10 years, when that ratio has increased dramatically over the past eight? If that trend continues, Sheehan says signing Trout will look like a superb deal for the Angels. They are paying less than the market value of his expected wins, and that gap is likely to continue to increase.

“My calculations are based solely on expected wins and salary,” he says. “Other factors such as player attitude, leadership and star power do impact decisions, but if Trout’s reputation is accurate, it will only increase his value to the franchise.”