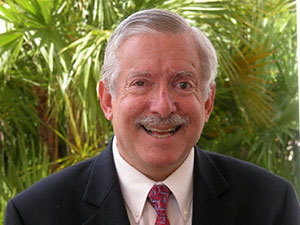 Rabbi David Dalin, professor of law and politics at Ave Maria University, will speak at 7 p.m. Monday (April 20) in the Eck Visitors Center auditorium on “Pope John XXIII and the Jews.”

Rabbi Dalin, a historian and author of numerous books including “Religion and State in the American Jewish Experience,” will examine the history of St. Pope John’s relationship with the Jewish people from the saint’s role as a Vatican diplomat saving lives in Nazi-occupied Europe to his convening of the Second Vatican Council and encouragement of the promulgation of “Nostra Aetate,” the Council’s declaration on non-Christian religions that profoundly transformed Christian-Jewish relations.

Rabbi Dalin’s lecture is sponsored by the Natural Law Institute, the Institute for Church Life, the Center for Ethics and Culture, the Rooney Center and the Tocqueville Program. The lecture is open to the public.