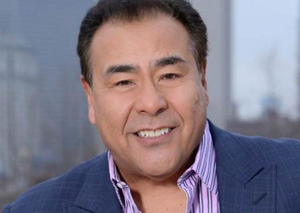 Hispanic Heritage Month, a time to celebrate the culture of and recognize the contributions of Hispanic and Latino Americans, is being observed in the U.S. from Sept. 15 to Oct. 15. The University of Notre Dame is marking the month with several events and an award.

Events happening around campus include:

John Quiñones of ABC’s hit show “What Would You Do?” will be the featured speaker of Multicultural Student Programs and Services public MLK Series Lecture, which will be held at 7 p.m. Thursday (Oct. 1) in Room 101 of Debartolo Hall. Quiñones will be sharing his words of wisdom on doing the right thing in difficult situations. A book signing will follow immediately after an open Q&A session.

Olmeca, hip-hop artist and activist, will perform and present “Dignity, Fearlessness, and Hip-Hop: Stories of a Mexican Diaspora” at 7 p.m. Thursday in Hesburgh Center for International Studies Auditorium. David “Olmeca” Barragan is a renowned hip-hop artist, activist and producer who draws on his upbringing in the barrios of Los Angeles and Mexico to give voice to the history, struggles and resilience of the Latina/o community. His music has been featured on CNN Latino, ABC, Fox, NPR and the television series “Sons of Anarchy.” The event, sponsored by the Institute for Latino Studies, is free and open to the public.

At 4 p.m. Oct. 7 (Wednesday), Hosffman Ospino, assistant professor of Hispanic ministry and religious education at Boston College and principal investigator of the recent National Study of Catholic Parishes with Hispanic Ministry, will deliver the keynote address of the Cushwa Center for the Study of American Catholicism’s American Catholic Studies Seminar, titled “Hispanic Catholics in 21st-Century Parish Life.” Respondents will include Christian Smith, director of the Center for the Study of Religion and Society; Dora Tobar, Pastoral Office for Family Life and Hispanic Ministry in the Diocese of Lafayette, Indiana; and Edward Hahnenberg, professor of Catholic systematic theology at John Carroll University.

“The Princess of France” (2014) and “Viola” (2011), both from Argentine director Matías Piñeiro, will be screened at the Debartolo Performing Arts Center at 7 p.m. Friday (Oct. 9). In “The Princess of France,” a theater director returns home to Buenos Aires after his father’s death to prepare a radio production of “Love’s Labour’s Lost.” “Viola” follows a young woman who joins a small Shakespeare theater company for a production of “Twelfth Night” and becomes caught up in romantic dalliances, intrigue and revelation. Tickets are required, and are available at performingarts.nd.edu.

The Institute for Latino Studies is bringing theater group Teatro Milagro to the DeBartolo Performing Arts Center at 7 p.m. Oct. 13 (Tuesday) to perform “Searching for Aztlán,” a new bilingual play written and directed by Lakin Valdez. The event is free but ticketed. For more information, visit performingarts.nd.edu.

Orlando Menes, an English professor and fellow of the Institute for Latino Studies, will read from his latest poetry collections, “Heresies” (University of New Mexico Press, 2015) and “Fetish” (University of Nebraska Press, 2013), winner of the 2012 Prairie Schooner Book Prize in Poetry. The reading takes place 7:30-8:30 p.m. Oct. 14 (Wednesday) at the Hammes Notre Dame Bookstore and is free and open to the public.

The Latino Faculty and Staff Meet & Greet will take place from 11 a.m. to 1:30 p.m. Oct. 15 (Thursday) in the LaFortune Ballroom. All are welcome to join for lunch with featured members of the Latino faculty and staff of Notre Dame. The event is sponsored by Multicultural Student Programs and Services.

“La Misa en Espanol” is a Mass rooted in the Hispanic cultural tradition and is celebrated every Sunday at 1:30 p.m. in the Dillon Hall Chapel throughout the academic school year. For more information, call 574-631-8104.

Additionally, the University’s Alliance for Catholic Education was named in September as a Bright Spot in Hispanic Education by the White House Initiative on Educational Excellence. ACE was recognized for working since 2008 to successfully close the Latino achievement gap in Catholic schools.