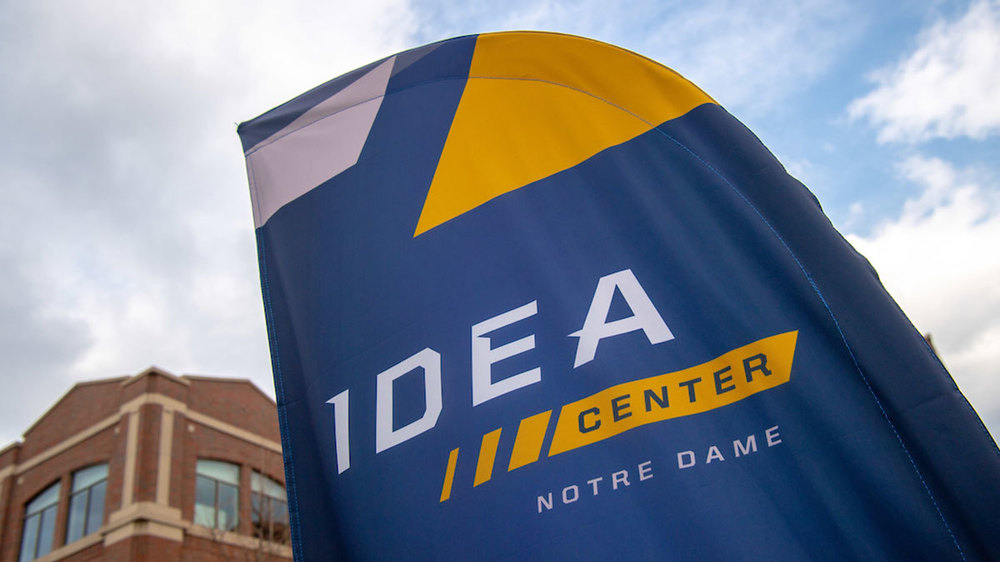 The Notre Dame IDEA Center, established in 2017 to spur innovation and commercialization efforts at the University, has established a separate for-profit investment fund to accelerate promising early-stage technologies and startup ideas toward development.

Drawing on the IDEA Center’s race car-related branding, the Notre Dame Pit Road Fund will provide seed funding for faculty, student, alumni and community startups. To qualify for funding, technologies or startups will be evaluated through the IDEA Center’s de-risking and validation processes.

Bryan Ritchie, Notre Dame’s vice president and associate provost for innovation, said the fund fills a critical resource gap that often exists between an inventor or innovator’s business idea and the ability to ready it for follow-on investments and the commercial market.

“The fund will give promising early-stage IDEA Center-vetted projects access to the right amount of capital at the right time,” said Ritchie, who serves on the fund’s investment committee along with two other senior IDEA Center executives who also are experienced in startup ventures and funding. “The ability to apply small, light, fast money to these projects makes all the difference in the early stage of de-risking.”

Without such a fund, he said, potentially valuable ideas might be abandoned for lack of resources.

“While a large amount of funding options exist for more mature companies, it is often very difficult for nascent business ideas to find the early-stage funding needed to move them forward,” Ritchie said. “The Pit Road Fund will help our projects bridge the all-important gap between ideation and the market.”

A private group of investors who support acceleration of Notre Dame’s innovation and commercialization efforts invested more than $22 million to establish the fund. The investors will have no decision-making authority regarding which projects are funded.

The IDEA Center has hired an outside accounting firm to oversee auditing, compliance and reporting requirements.