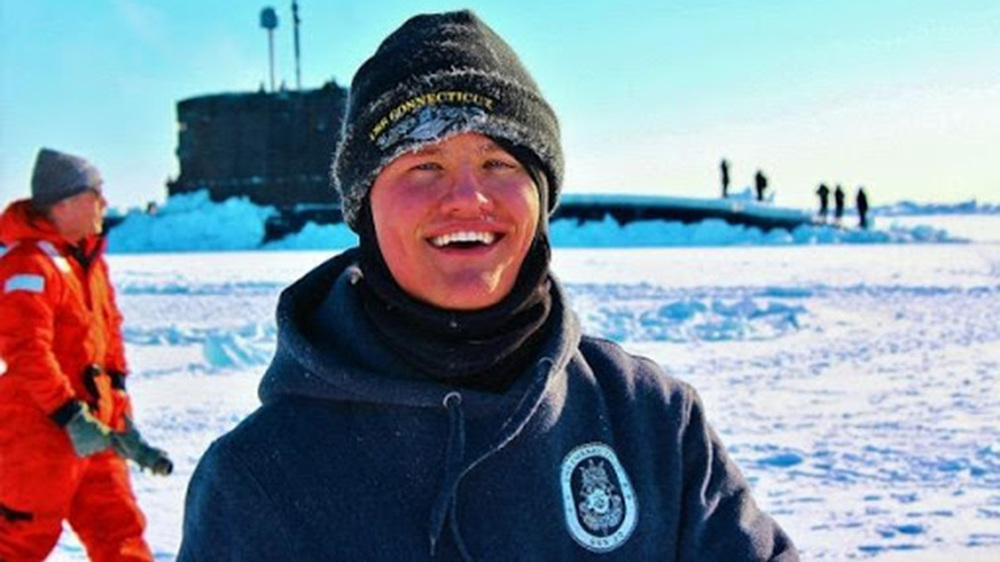 Like many young people, John Noonan enlisted in the U.S. Navy for a variety of reasons — to see the world, serve his country and gain technical skills. He excelled at all those things, and at the same time, always thought in the back of his mind he would one day attend college.

But it was not until a chance conversation with University of Notre Dame alumnus Lt. Tom Catalano that Noonan’s plans began to actually take shape, laying the groundwork for what would become RouteND, a recruitment program aimed at encouraging qualified service members to apply to Notre Dame.

Catalano was Noonan’s watch supervisor aboard the Seawolf-class nuclear-powered submarine USS Connecticut. For months, he had observed Noonan’s performance and aptitude under challenging conditions and saw his potential. When Noonan expressed interest in attending college, Catalano encouraged him to apply to a top-tier school.

Fast forward to several more conversations and an application to Notre Dame, and Noonan is now a first-year student majoring in electrical engineering. Looking back on his initial conversation with Catalano, Noonan is grateful for the encounter that led him to Notre Dame.

“Tom was a great leader and has since become a good friend and mentor,” said Noonan, a native of Old Bridge, New Jersey, who enlisted in the Navy’s nuclear power program out of high school and ultimately qualified as an electrical and shutdown reactor operator and engineering watch supervisor. “I value his opinion and appreciated his advice, which had a transformative impact on me and led me to Notre Dame.”

To think this story might never have happened is one of the reasons the Office of Military and Veterans Affairs developed RouteND. Working in partnership with the Office of Undergraduate Admissions and the Alumni Association, the office recently launched the program, which encourages Notre Dame alumni serving in the military to help qualified service members attend Notre Dame.

“Student veterans bring a wealth of leadership, life experience and a global perspective that enriches the academic environment for all students,” said Regan Jones, director of the Office of Military and Veterans Affairs. “Additionally, enrolling more veterans furthers our institutional commitment to ensuring access to high-quality education for post-9/11 service members who remain a small minority on the nation’s top college campuses.”

Through this program, alumni members appointed as RouteND ambassadors help their alma mater identify and mentor outstanding enlisted service members with whom they serve, offer them advice as they navigate the admissions process and, most importantly, impart the spirit of Notre Dame that unites everyone as alumni, family and friends.

“It’s important for Notre Dame to actively engage, enroll and support more enlisted service members, because they will enrich the campus community as much as they benefit from a world-class undergraduate education,” said Catalano, a native of Louisville, Kentucky, who graduated from Notre Dame with a degree in mathematics in 2014 and now serves as a submarine warfare officer with the U.S. Navy. “As an alumnus, I was glad to do my part to help John discern his purpose and post-military service pathway to Notre Dame, where he’ll be empowered to acquire knowledge, values, skills and understanding to expand his talents and effectiveness and become an even greater force for good in the world.”

Said Jones, “The Notre Dame community is eternally grateful for all those who decide to serve our nation in uniform, and we ensure that gratitude will always be expressed in a purposeful manner that benefits both our military men and women and their families. Those who enlist in the U.S. armed forces generally take a nontraditional route to college, and we want to help them succeed.”

Noonan enjoys the atmosphere on campus but is still adjusting to the classroom setting after leaving the Navy. That said, his unique experiences make him well suited to relating to others and serve him well as a mentor to upper and lower classmen in his residence hall, who value his leadership, experience and perspective.

“I’m grateful to all the students, faculty and staff who have been so welcoming,” Noonan said.

In addition to its widely recognized undergraduate programs, preeminent research and Catholic character, Notre Dame is a leader in training students preparing for military careers and a committed partner to the U.S. military through its ROTC programs. In 2017, the University further strengthened its ties and commitment to those who have served the country by establishing the Office of Military and Veterans Affairs.

As an element of RouteND, ROTC graduates and alumni serving in uniform will now have the opportunity to contribute to the University’s goal of enrolling more undergraduate student veterans.

For more on this and other resources for military-connected students, visit omva.nd.edu