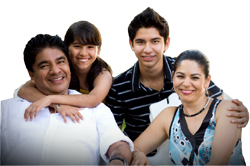 But for new immigrant students to be successful academically, they often face a few more obstacles than their English-speaking counterparts; namely language fluency and familiarity with American school culture. And often, their families are far less versed in these areas than the students.

A pilot program, La Familia Extendida, seeks to encourage greater academic success among Hispanic students by reaching out to entire families with training in the English language and help in navigating the transition to American life. La Familia is a joint effort of the University of Notre Dame’s MBA program and the Holy Cross College Teacher Education Program. It partners with a local Catholic school in the South Bend area and provides volunteers, activities and educational materials to build trust with school families and improve student performance in the process. 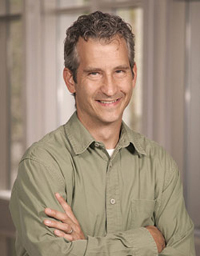 “The original idea behind starting La Familia Extendida was to look at ways to enhance the value proposition of Catholic schools for populations that represent significant potential for new enrollment,” said Joe Urbany, marketing professor at Notre Dame’s Mendoza College of Business and co-founder and current director of School Inc., the Notre Dame MBA parent program behind La Familia.

Recent census and Pew studies estimate that Latinos now comprise 35 percent of all Catholics and 70 percent of practicing Catholics under the age of 35 in the United States. Latino populations are expected to continue to grow dramatically. By the year 2050, more than 30 percent of Americans will self-identify as Latino, according to the U.S. Census Bureau’s 2008 report.

Usually, efforts to increase enrollment look at ways to change the school in order to bring in more students, said Urbany. But in August 2008, Heather Burns, a 2009 Notre Dame MBA graduate, had an idea that looked at the challenge from the opposite direction.

“Heather wrote a proposal for La Familia that considered how we could create value by changing the families, instead of the church or school,” Urbany said. “Language training is a critical answer. It affects the quality of life for the family by helping parents in the English-speaking culture and helping them work more effectively with their children and the school.”
The program builds off the work of Rev. Timothy R. Scully, C.S.C., professor of political science and director of Notre Dame’s Institute for Educational Initiatives, who led the Universitgy’s recent Task Force on Catholic Education. La Familia initially began serving South Bend’s St. Adalbert School that had an enrollment at the time of approximately 160 students, with 72 percent Hispanic.

“The thing that I like about it is there’s a real relationship built between the volunteers and the families,” said Carmen Macharaschwili, an assistant professor of education at Holy Cross College who helped designed La Familia. “Our program is special in that we pair one student tutor with each family. The MBA students also have a special interest in that most of them have had some kind of experience abroad, so they also know some Spanish and like to practice their Spanish.

“Families invite the students into their homes for dinner as part of the program, which encourages a different kind of bonding than teacher-student, and the volunteers quickly learn, that they, too, can benefit from the cross-cultural experience.”

The La Familia program organizers envision two goals: The first is to improve students’ comprehension and achievement in school by improving families’ command of English and their ability to support students. This involves actions such as providing parents with training not only in the English language, but also in skills required for supporting their children’s academic success. This involves pairing parents with volunteers to work on their language skills, and to give them tools and strategies to more effectively help their child to succeed in the American school system.

The second goal of La Familia Extendida involves helping families in their transition and integration into American culture. Here, representatives from community groups were brought in to speak to parents on a regular basis about such issues as health care, insurance, banking, drivers’ licenses and code enforcement.

This year, the program will be extended to 12 St. Adalbert families. The meetings typically include dinner, one-on-one teaching time, kids’ activities, speakers and community time in order to strengthen relationships.

“It can get very uncomfortable for the volunteers,” said Macharaschwili. “Most do speak Spanish and have traveled or studied abroad, but it can be awkward when they sit down with Spanish-speaking families who have such a different experience from their own. But all the students report coming away feeling humbled and awed. They learn a lot about acculturation and what it takes to make a student successful. Really nice bonds are formed among families and volunteers.”

Although using business students to organize an educational program might seem like an odd fit, it makes good sense in a larger way, according to Urbany.

“MBA students are in training to become leaders, and teaching is a critical skill for leading,” he said. “In addition, they will be responsible for organizational performance metrics. The work in this program is to enhance a vital Catholic school metric today: enrollment.”

La Familia is part of a larger initiative of the Notre Dame MBA program called School Inc., which was established in 2001 for the purpose of initiating MBA students into the problems and solutions of urban schools and involving them in “helping schools make their mark.”