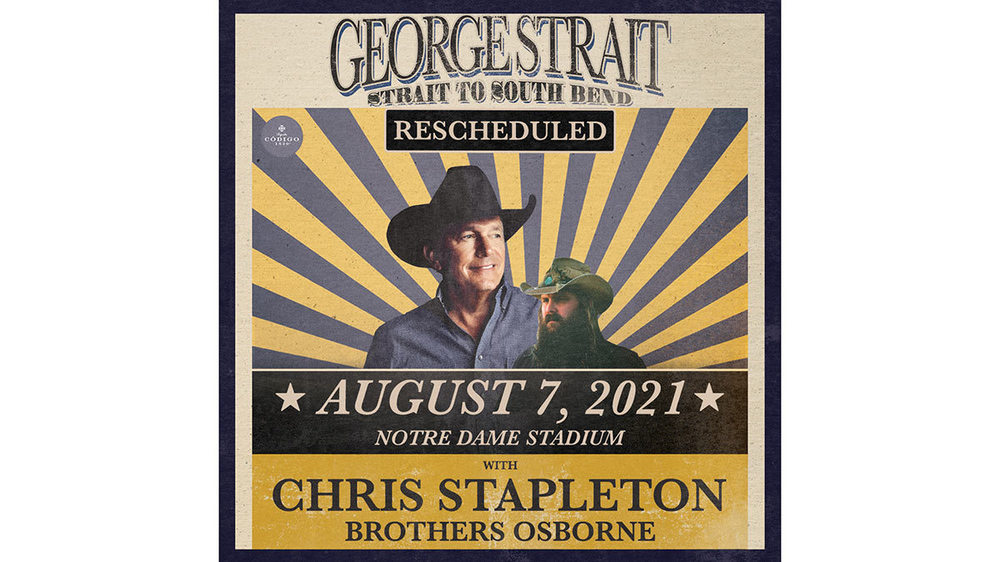 In the interest of spectator safety during the coronavirus pandemic, country music legend George Strait announced today that his Aug. 15 “Strait to South Bend” concert at Notre Dame Stadium has been postponed to Aug. 7 of next year.

Just as was planned for this August, the rescheduled concert will include Grammy Award-winning singer/songwriter Chris Stapleton and the country music duo Brothers Osborne.

Fans should retain their existing tickets, which will be honored for the new date. Those unable to attend the rescheduled concert are eligible for a refund at the original point of purchase for the next 30 days.

During his more than 30-year career, Strait has collected 33 platinum or multiplatinum-selling albums, more than any other country artist and ranking third across all genres behind The Beatles and Elvis Presley.