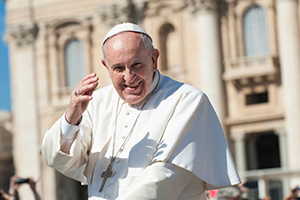 Pope Francis released his apostolic exhortation “Amoris Laetitia” (“The Joy of Love”) in Rome Friday morning (April 8). The document addresses such areas of Catholic Church doctrine as the admission of divorced and remarried Catholics to the sacrament of the Eucharist, same-sex relationships and cohabitation, all issues that arose, often controversially, during the Synod of Bishops in Rome last October.

Here is what some people on the Notre Dame faculty are saying and thinking about “Amoris Laetitia.” 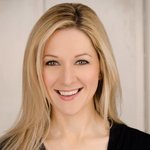 According to Candida R. Moss, professor of New Testament and Early Christianity, “In many ways the Apostolic Exhortation is a ratification of the Synods that preceded it. Grace and compassion are extended to all; the primacy of traditional marriage is reasserted; and the door is cracked for the divorced and remarried to receive communion. It is a document marked by both pragmatism and deeply felt compassion toward the lived experiences of faithful Catholics. He demonstrates exquisite sensitivity to the way that poverty, housing problems, violence, drugs, migration, arranged marriages, abandonment and persecution affect the family. Indeed, part of his rationale for pastoral sensitivity towards the divorced and remarried is his recognition that financial pressures often lead to remarriage. Francis’ compassion runs out when it comes to the kinds of marital problems associated with the wealthy. No compassionate caveats are offered for those using contraception or reproductive technology. Surrogacy is denounced in scathing terms and contraception tied to greed and consumerism. For the Church, the family is the building block of society and, for Francis, the world is plagued by exploitative consumerism and self-interested individualism. He caters to the families wounded by the ills of the world and refuses to pander to the kinds of marital problems he sees as rooted in consumeristic selfishness. Again he proves that he is a developing world Pope focused on developing world Catholics.” 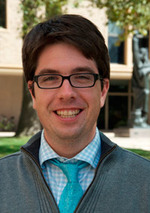 According to Timothy O’Malley, director of the Notre Dame Center for Liturgy and concurrent professor of theology, “‘Amoris Laetitia’ offers a theologically compelling vision of marriage and family life for the Church. The major task of the Church today, as Pope Francis notes, is to provide a persuasive account of marriage and family in an era in which both are threatened by forced migration, poverty, young adults who reject institutions, and a forgetfulness of tenderness. He deals with divorce and cohabitation pastorally, building the case for a Scriptural and theological formation of conscience. It’s a document that will have an influence upon the Church’s theology of and pastoral practice for marriage for the next generation.”

As director of the Notre Dame Center for Liturgy, O’Malley engages in scholarship that seeks to retrieve biblical, catechetical and liturgical insights that facilitate a renewal of the Church’s liturgical imagination. He is also founding editor of the Institute for Church Life’s journal, Church Life: A Journal for the New Evangelization.