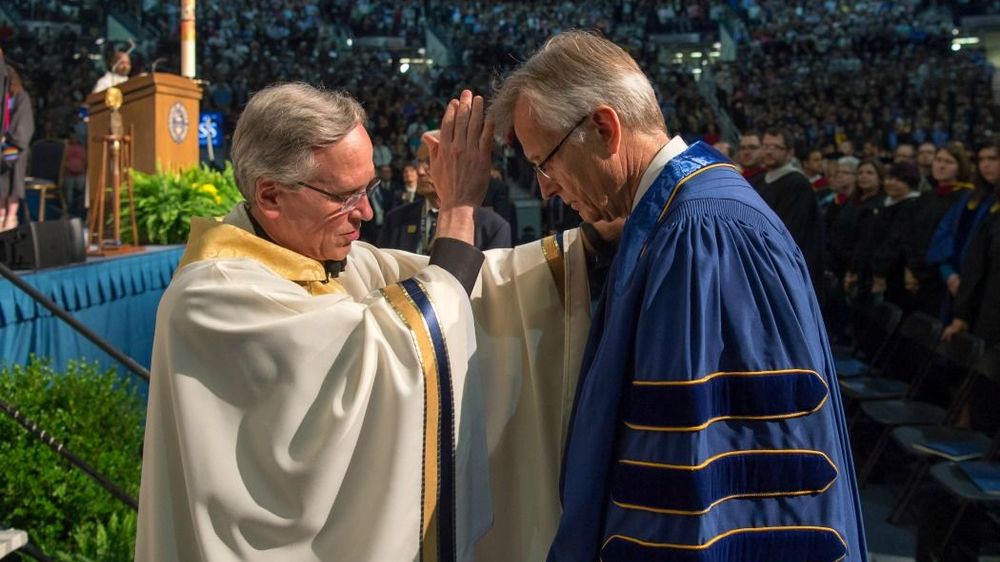 University of Notre Dame President Rev. John I. Jenkins, C.S.C., at Mass for 10,000 graduates and their families on the eve of commencement, bestows a blessing on Rev. Martin Junge, General Secretary of the Lutheran World Federation, and recipient of an honorary degree from the Catholic university on occasion of the 500th anniversary of the Protestant Reformation. Rev. Junge, in turn, bestowed a blessing on Fr. Jenkins.

Fr. Jenkins referred to the Reformation during his homily as a time of “deep theological debate and inquiry,” but also a shameful time during which Christians fought each other over theological differences.

Rev. Junge will receive an honorary doctor of laws during the 172nd commencement exercises on May 21. In remarks after Communion, Rev. Junge commented, “It is time to face it. More unites us, than divides us.”