An ambassador, the founder of the University of Notre Dame soccer team, an Air Force colonel, a longtime Morris Inn bartender and a math teacher are the recipients of five major Notre Dame Alumni Association awards given out this fall. 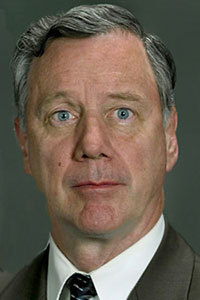 Thomas E. McNamara, class of ’64 M.A., received the Rev. John J. Cavanaugh, C.S.C., Award, which recognizes an alumnus or alumna who has performed outstanding service in the field of government, patriotism, public service or local, state or national politics.

McNamara was presented with this award in recognition of his years of dedicated public service and commitment to keeping the world safe through diplomacy.

“I accept this award, not as a personal one, but as a recognition by the Notre Dame community of the importance of diplomacy in a period when diplomacy has been misunderstood and devalued in the eyes of many Americans,” McNamara said. “I am encouraged by this to continue my efforts to inform the public of the central role of diplomacy in our national security.”

A career diplomat, McNamara served as the United States ambassador to Colombia from 1988 through 1991. He also held postings in Russia, Congo and France. He left government in the late 1990s and served as president and CEO of the Americas Society and Council of the Americas in New York from 1998 to 2001.

He returned to government service following the Sept. 11, 2001, terrorist attacks at the request of the secretary of state, who tapped McNamara to serve as senior adviser on terrorism and homeland security. From 2006-09, he was program manager for the Information Sharing Environment, a senior position reporting directly to the president of the United States. He also has served as assistant secretary of state, special assistant to the president, ambassador for counterterrorism, special negotiator for Panama, and in other senior positions.

McNamara is currently the president of the Diplomacy Center Foundation, a not-for- profit partner of the Department of State that is building the nation’s first museum and educational center completely devoted to American diplomacy. 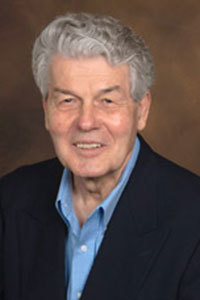 The Harvey G. Foster Award, conferred on an alumnus or alumna who has distinguished himself or herself through civic or University activities, was given to Joe Échelle, class of ’62.

Échelle was honored with this award for his pioneering spirit to bring soccer to Notre Dame and help it spread throughout the United States.

“I am honored and privileged to be selected by the Notre Dame Alumni Association as the recipient of the 2016 Harvey G. Foster Award,” Échelle said. “Receiving this award is such an amazing honor, which would not have been possible without the pioneering support of the Notre Dame Athletic Department, ND publications, my talented soccer teammates, ’62 classmates and family. Thank you for selecting me as a representative of the sport of soccer. To be among the roster of prestigious Harvey G. Foster Award winners is indeed an inspiration I will forever treasure.”

His family ravaged by World War II, Échelle rose from a refugee camp of displaced persons in Austria to help establish soccer at Notre Dame, where he organized, coached and captained the first soccer team. These contributions led Lamar Hunt, the longtime owner of professional football and soccer teams, to nickname Échelle the “Knute Rockne of Notre Dame soccer.”

He went on to a distinguished career as an executive in professional soccer. He served as the general manager of the Dallas Tornado, the Denver Dynamos and the Caribous of Colorado. At the national level, Échelle oversaw sales for the Bicentennial Soccer Cup, a mini-world cup in six cities. He was promoted to director of club services for 24 teams and was named president of the American Soccer League Management.

As a consultant, Échelle handled the strategic marketing plan for the U.S. Soccer Properties National Teams in preparation for the 1994 World Cup staged in the United States. He continues to offer sports and media consulting services. 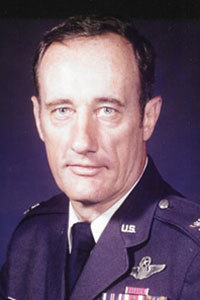 Retired Col. Martin Mahrt, class of ’55, received the Rev. William Corby, C.S.C., Award, which honors an alumnus or alumna who has distinguished himself or herself in military service.

Mahrt was honored with this award in recognition of his decades of distinguished military service.

“The life values I learned at Notre Dame were put to the test many times during my career,” Mahrt said. “I am so proud that my university acknowledges what the military means to our country with this special Rev. William Corby Award.”

Mahrt was raised in Custer, South Dakota. After graduating from Notre Dame, he married Colleen, his high school sweetheart, and entered the Air Force.

His first tour in Vietnam ended in a miraculous rescue after his plane had been shot down deep in enemy territory. Mahrt received the Purple Heart for his injuries. On his second tour, he participated in the evacuation of thousands during the fall of Saigon.

During Mahrt’s next assignment, he launched the prestigious realistic combat training program for American fighter pilots and our allies. He became the first Commander of Red Flag at Nellis Air Force Base in Nevada. 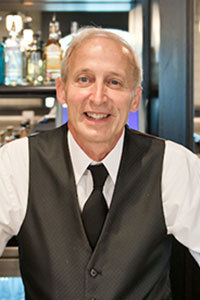 Rohr’s bartender Patrick Murphy was given honorary alumni status, awarded to individuals who have made significant contributions to University life, for his nearly five decades of serving drinks and conversation at the Morris Inn. As an honorary alumnus, Murphy — universally known as Murf —joins a distinguished group whose ranks include Ara Parseghian and Lou Holtz.

Murf started as a busboy at the Morris Inn at age 15 and continued to work there even after he was drafted and stationed in Maryland, busing tables during leave periods. After his discharge from the Army, Murf worked other jobs before returning to the Morris Inn full-time to tend bar at Leahy’s.

Leahy’s was rebranded as Rohr’s after the Morris Inn’s renovation in 2013. Murf stayed on, known to his patrons — students, faculty, coaches, alumni, fans, politicians and trustees alike — as a storyteller, listener and direct advice-giver who would not hesitate to do a friend, coworker, or patron a favor and who became for many emblematic of the Notre Dame experience.

During the fall meeting of its Board of Directors, the Alumni Association presented this honor to Murf during a surprise celebration at Rohr’s. “I think what I can say is, I’ve been blessed,” Murf said. 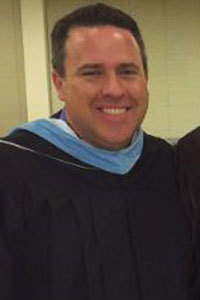 The Outstanding Educator Award, given to alumni who have distinguished themselves in educating students, will be awarded to John Titterton, class of ’91, later this month.

Titterton is a math teacher from Carmel Catholic High School in Mundelein, Illinois.

Going into his twelfth year of teaching, Titteron is STEM department chair at Carmel Catholic, where he has taught for 11 years. He is known as Mr. T to his students and has created videos for every lesson he has taught over the last six years, attracting followers from all over the world — in addition to his own students. Titterton previously served as math department chair for six years and has coached 20 years of youth soccer.

Created by the University of Notre Dame’s Alumni Association in 1996 to honor a Notre Dame graduate in elementary or secondary education, the Outstanding Educator Award is given to alumni who have distinguished themselves in educating students. Recipients are deemed as outstanding classroom teachers and model both competency and character to students and colleagues. Additionally, award winners illustrate their commitment to education with service to their school and/or profession. In order to receive the award, recipients must be a Notre Dame graduate and active in classroom teaching for at least five years.

This year’s Outstanding Educator Award will be presented to Titteron on Notre Dame’s campus on Friday (Oct. 21) during the Alumni Association’s annual Excellence in Teaching Conference.