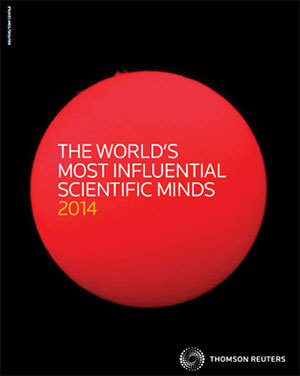 The list includes more than 3,200 scientists around the world who have published the highest number of articles that are cited the most frequently by other researchers. The list was compiled from two separate Thomson Reuters studies analyzed for publication and citation data from 21 broad fields of study, ranging from chemistry to social sciences.

A faculty member since 1989, Brennecke is the Keating-Crawford Professor of Chemical and Biomolecular Engineering and served as founding director of the University of Notre Dame Energy Center. She is internationally known for her research in the development of solvents, specifically supercritical fluids and ionic liquids. Her research interests include supercritical fluid technology, ionic liquids, thermodynamics, environmentally benign chemical processing and carbon dioxide separation, storage and usage. 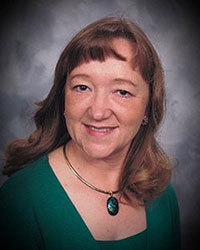 Brennecke most recently received the E.V. Murphree Award in Industrial and Engineering Chemistry from the American Chemical Society (ACS). She also received the 2009 Ernest Orlando Lawrence Award from the United States Department of Energy, the 2008 Julius Stieglitz Lecturer Award from the ACS and the 2007 John M. Prausnitz Award for outstanding achievement in applied chemical thermodynamics from the Conference on Properties and Phase Equilibria for Product and Process Design. Other honors she has received include the 2006 Professional Progress Award from the American Institute of Chemical Engineers and the 2001 Ipatieff Prize from ACS in recognition of her high-pressure studies of the local structure of supercritical fluid solutions and the effect of this local structure on the rates of homogeneous reactions. In 1991, the National Science Foundation presented her with the Presidential Young Investigator Award.

A member of the National Academy of Engineering, Brennecke is past chair of the Council for Chemical Research and currently serves as editor-in-chief of the Journal of Chemical and Engineering Data. 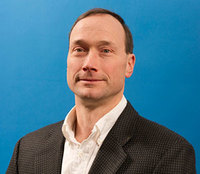 With 26 patents in the field of wireless communications, Hochwald has experienced and led the practice of wireless communications from a variety of angles in his roles at the Department of Defense, as a Distinguished Member of the Technical Staff at Bell Laboratories and as vice president of Systems Engineering at Beceem Communications. He has invented technologies and published research articles that are the mainstays of communication theory and practice, including several multiple-antenna technologies, such as a differential method, linear dispersion codes and multi-user methods.

Hochwald joined the University faculty in 2011 and serves as the Frank M. Freimann Professor of Electrical Engineering. In addition to the many plenary talks he has given and awards he has received, such as the 2006 Stephen O. Rice Best Paper in the IEEE Transactions on Communications, he is a fellow of the Institute of Electrical and Electronics Engineers and has served as editor on several industry journals.

A leader in the field of converting solar to electricity and chemical energy, he has published more than 400 peer-reviewed publications, edited three books, is a contributor to 14 books and monographs and serves as the deputy editor of the Journal of Physical Chemistry Letters. In addition to the recognition from Tomson Reuters, in 2011 Times Higher Education Group ranked him among the top 100 chemists of the previous decade based on citations per paper. The h-index measure of his research impact surpassed 100 this year, a distinction achieved by only the world’s most elite scientists.

Kamat recently won the CS’s Langmuir Leadership Award. He also is a fellow of the ACS, American Association for the Advancement of Science and the Electrochemical Society. His international honors include the Chemical Research Society of India Medal and the Honda-Fujishima Lectureship Award from the Japanese Photochemistry Association.