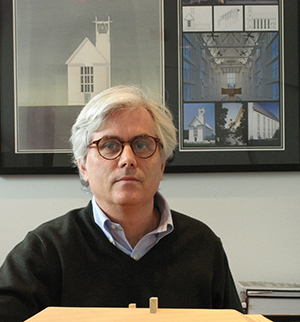 Scott Merrill, an architect known for his originality and creative application of architectural precedents, has been named the recipient of the 2016 Richard H. Driehaus Prize at the University of Notre Dame. Merrill, the 14th Driehaus Prize laureate, will be awarded the $200,000 prize and a bronze miniature of the Choregic Monument of Lysikrates during a ceremony on March 19 (Saturday) in Chicago.

In conjunction with the Driehaus Prize, Eusebio Leal Spengler, city historian of Havana, Cuba, will receive the $50,000 Henry Hope Reed Award, given annually to an individual working outside the practice of architecture who has supported the cultivation of the traditional city, its architecture and art.

“Scott Merrill has demonstrated how the principles of classicism can be used as a foundation for designing buildings that respond to and express regional character while employing the richness of precedents found throughout the ages, including our own,” said Michael Lykoudis, Driehaus Prize jury chair and Francis and Kathleen Rooney Dean of Notre Dame’s School of Architecture. “His applications of architectural forms from various times and places to modern settings are used to reinforce the values of community, beauty and sustainability without sacrificing economy.” 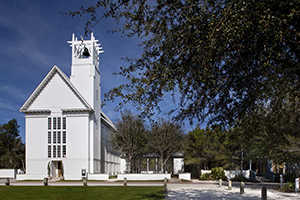 Seaside Chapel, view of the precinct from the south. The chapel was designed by 2016 Driehaus laureate Scott Merrill.

Merrill’s extensive knowledge of vernacular and classical traditions in architecture form the base of his imaginative buildings that are built on a human scale and imbued with originality as well as beauty. His designs span from single-family houses to master plans and include an impressive variety of building types such as a federal courthouse, apartment buildings, town halls, an equestrian center and an acclaimed chapel in Seaside, Florida.

After graduating from the University of Virginia, Merrill went on to receive a master of architecture degree from Yale University. He is the founder and principal designer of Merrill, Pastor & Colgan Architects in Vero Beach, Florida. The firm, known for its integration of building type and site planning, has designed projects in varied locales including England, Haiti, New Zealand, Russia, Saudi Arabia, Scotland and the United Arab Emirates as well as throughout the United States, Canada and the Caribbean. 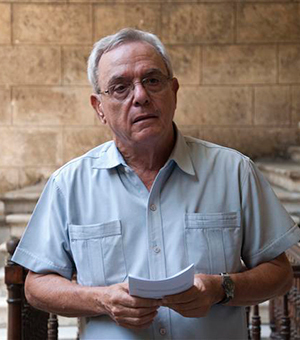 The award ceremony on March 19 will also honor the Henry Hope Reed Award laureate, Eusebio Leal Spengler, whose innovative leadership saved the historic center of Old Havana. Leal transformed the Office of the Historian from a conventional cultural agency to a financially autonomous model of management that not only generates the funds needed to undertake complex restoration projects but also provides support for the local community.

“I applaud the selection of Dr. Leal as the recipient of the 2016 Henry Hope Reed Award,” said Driehaus. “His tireless and strategic efforts to protect the cultural heritage of the Cuban people are an inspiration to all of us with a passion for historic preservation. His work has ensured that Havana will be a source of inspiration for all of us in perpetuity.”

Leal is the Havana City Historian as well as the director of the restoration program of Old Havana and its historic center, which is a UNESCO World Heritage Site. Additionally, he serves as deputy to the National Assembly in Cuba, as president of the Commission of Monuments in the City of Havana and as a United Nations goodwill ambassador. Leal is a specialist in archaeological sciences and received a master’s degree in Latin American, Caribbean and Cuban studies from the University of Havana as well as a doctorate in historical sciences.

“Eusebio Leal’s work in Havana has not only helped save what is one of the most stunningly beautiful cities in the world, and in particular the western hemisphere, but also by example, it has highlighted the importance of an architectural and urban culture that maintains a spirit of conservation and investment as opposed to consumption and waste,” said Lykoudis.

Recipients of this year’s Driehaus Prize and Reed Award were selected by a jury composed of Adele Chatfield-Taylor, president emerita of the American Academy in Rome; Robert Davis, developer and founder of Seaside, Florida; Paul Goldberger, contributing editor at Vanity Fair; Léon Krier, architect and urban planner; Demetri Porphyrios, principal of Porphyrios Associates; and Witold Rybczynski, Meyerson Professor Emeritus of Urbanism at the University of Pennsylvania.

For more information about the Driehaus Prize, visit DriehausPrize.org.