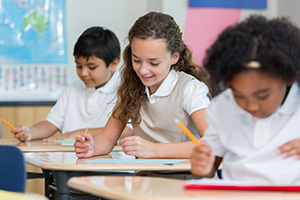 School voucher programs, which use government funds to support students attending private schools, are rising in popularity around the United States. Today, dozens of states offer this type of program to students, and that number is expected to increase. President Donald Trump’s pick for secretary of education, Betsy DeVos, is a strong advocate for these programs.

These programs raise important questions about church-state issues. In the U.S., private schools are dominated by religious organizations. According to government data, more than 80 percent of all private school students attend religiously affiliated schools. By providing monetary support for enrollment in religious schools, vouchers have the potential to change the funding of religious activities in the U.S., at a time when many churches are already struggling financially.

A research team centered at the University of Notre Dame wanted to find out what effect vouchers have on the religious communities that accept them, so they explored the finances of Catholic churches that operate elementary schools around Milwaukee, home to one of the oldest and best-known voucher programs in the nation. By tracking church finances over time along with changes in Milwaukee’s voucher program, the researchers were able to see how voucher expansion affected both educational and non-educational finances for the churches running schools. 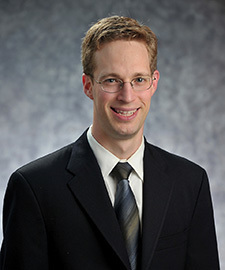 “The data suggest that vouchers offer hope to struggling churches, but that hope comes at a price,” said Daniel Hungerman, associate professor of economics at Notre Dame. “Vouchers keep some parishes open by making churches act more like schools.”

In a National Bureau of Economic Research working paper published Feb. 13, the researchers show that voucher expansion appears to bring in enough money to help prevent church closures and mergers. “In an era where many churches face financial hardship, this is an encouraging result,” Hungerman said.

However, the researchers found no evidence of vouchers increasing religious activity overall. Instead, Hungerman said, voucher expansion caused significant declines in church donations and church spending on non-educational religious activities. The overall declines are large, the researchers estimate: Since 2000, the Milwaukee voucher program has led to a $60 million decrease in non-educational church revenue in the churches studied.

“Beyond any implications these results have for education policy, these findings underscore the potentially dominant role vouchers may play in American religion in coming decades,” Hungerman said. “Perhaps the most striking result in the paper is that, for the average church running a voucher-accepting school in the data, vouchers provide more revenue than any other source — even worshipers. Clearly, both those who care about education in America and those who care about the vibrancy of American religion would do well to consider how the meteoric rise of vouchers could transform struggling churches.”

Co-authors on the working paper include Kevin Rinz, an economist at the U.S. Census Bureau who received his Ph.D. from Notre Dame in 2016, and Jay Frymark, director of administration at St. Joseph Parish in Grafton, Wisconsin. The paper is available online here: www.nber.org/papers/w23159.