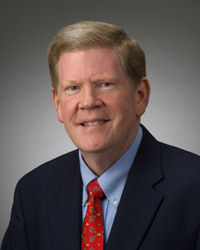 Robert Schmuhl, Walter H. Annenberg-Edmund P. Joyce Professor of American Studies and Journalism at the University of Notre Dame, will present the National Library of Ireland’s R.I. Best Memorial Lecture on March 25 (Wednesday) at the library in Dublin, Ireland.

In his lecture, titled “Easter 1916 and America: A Provisional Appraisal,” Schmuhl will discuss the U.S. influence on key participants in the Easter Rising rebellion and its aftermath, and the reactions to the events both in the American press and among American-Irish.

The director of Notre Dame’s John W. Gallivan Program in Journalism, Ethics & Democracy, Schmuhl is the author or editor of 10 books, including “Statecraft and Stagecraft: American Political Life in the Age of Personality,” “Demanding Democracy,” “Thomas Jefferson: America’s Philosopher-King,” and “Wounded Titans: American Presidents and the Perils of Power.”

Named in honor of Richard Irvine Best, a distinguished scholar who served from 1924 to 1940 as the library’s fourth director, the lectures were established more than 30 years ago with a gift from Vernam Hull, an American scholar, to the library’s Council of Trustees. Previous guest speakers have included historian Roy Foster, biographer Michael Holroyd, poet Seamus Heaney and Rabbi Julia Neuberger.