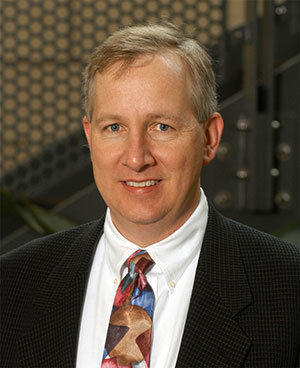 Steven R. Schmid, associate professor of aerospace and mechanical engineering at the University of Notre Dame, has been named an American Society of Mechanical Engineers (ASME) Foundation Swanson Fellow and assistant director for research partnerships in the Advanced Manufacturing National Program Office (AMNPO), which is hosted at the National Institute of Standards and Technology (NIST).

The Swanson Fellowship is designed to provide a unique opportunity for experienced engineers to serve in the federal government. Selected fellows, such as Schmid, devote a year of work and research, providing technical advice to policymakers in Congress and various executive branch offices and agencies. In this way each fellow can apply his or her expertise toward solutions to technical issues. In short, a Swanson Fellow engages with professionals in the public policy arena to make practical contributions on the most effective use of engineering in federal decision-making while strengthening his or her understanding of the intricacies of policymaking.

“Dr. Schmid has made significant contributions to his profession, and we are extremely happy to have him on board. In many respects as manufacturing is a national focus and presidential initiative, his role is one of critical importance for the national good,” said Michael F. Molnar, director for the AMNPO and chief manufacturing officer for NIST.

A member of the Notre Dame faculty since 1993, Schmid’s research focuses on many aspects of manufacturing, especially tribological applications. His most recent efforts include work on the mechanisms through which emulsions lubricate metal rolling and ironing, development of new friction and heat transfer models for use in finite element simulation of forging and metalworking operations, use of environmentally friendly polymer coatings and so-called “white lubricants” in metal forming and novel forming and fabrication schemes for metal foams.

He is also involved in the design and manufacture of new types of minimally invasive orthopedic implants, including fracture fixation devices, next-generation implants and tooling used in surgery. Additionally, he is developing new forms of bone in-growth scaffolding and artificial cartilage.

Schmid is a member of the ASME, Society of Manufacturing Engineers, Society of Tribologists and Lubrication Engineers, the International Research Group on Tribology in Manufacturing, the Metal Powder Industries Federation and American National Standards Institute/American Society of Bakery Engineers.

He has authored and coauthored more than 20 books or book chapters, including the world’s most popular manufacturing textbook, and 130 publications and has presented more than 30 invited lectures focused on manufacturing, design and tribology. He has also served as associate editor of the Journal of Manufacturing Science and Engineering and as host and organizer of many conferences and technical sessions for industry associations, including his service as host of the joint ASME 2012 International Manufacturing Science and Engineering Conference, 40th Annual North American Manufacturing Research Conference and 2012 Fifth International Conference on Tribology in Manufacturing Processes, which were held June 4-8 at Notre Dame.

Schmid received his doctorate and master’s degrees from Northwestern University and his bachelor’s from the Illinois Institute of Technology.

The ASME Foundation Swanson Fellowship was established in 2010 in recognition of John A. Swanson, who is internationally recognized as an authority and innovator in the application of finite elements methods to engineering.