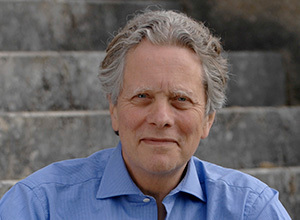 Robert Adam, an architect known for his scholarship as well as his practice, has been named the recipient of the 2017 Richard H. Driehaus Prize at the University of Notre Dame. Adam, the 15th Driehaus Prize laureate, will be awarded the $200,000 prize and a bronze miniature of the Choregic Monument of Lysikrates during a ceremony on March 25 (Saturday) in Chicago.

In conjunction with the Driehaus Prize, the $50,000 Henry Hope Reed Award, given annually to an individual working outside the practice of architecture who has supported the cultivation of the traditional city, its architecture and art, will be presented posthumously to architectural historian James S. Ackerman. Additionally, on the occasion of the 15th anniversary of the Driehaus Prize, the jury has elected to honor the Congress for the New Urbanism (CNU) with a special award for contributions to the public realm.

“Throughout his career, Robert Adam has engaged the critical issues of our time, challenging contemporary attitudes toward architecture and urban design. He has written extensively on the tensions between globalism and regionalism as we shape our built environment,” said Michael Lykoudis, Driehaus Prize jury chair and Francis and Kathleen Rooney Dean of Notre Dame’s School of Architecture. “Sustainability is at the foundation of his work, achieved through urbanism and architecture that is respectful of local climate, culture and building customs.”

Adam received his architectural education at Westminster University and was a Rome Scholar in 1972–73. In 1977 he became a director of the architectural and urban design practice now known as ADAM Architecture. Adam was active in the founding of the International Network for Traditional Building, Architecture & Urbanism (INTBAU), an organization established in 2001 to connect organizations and practitioners interested in traditional architecture and urbanism and bring their ideas to a wider audience.

“Robert Adam has made seminal and sustained contributions to his discipline by establishing a dialogue between the traditional and modern modes of architecture,” said Richard H. Driehaus, founder, chairman and chief investment officer of Chicago-based Driehaus Capital Management LLC. “He has had tremendous success by experimenting with contemporary materials and methods within the context of local and regional traditions.”

Adam works with clients on a wide range of projects including master planning, public and commercial buildings, extensions to historic buildings and private houses. He is the author of numerous essays as well as books, most notably “Classical Architecture: A Complete Handbook” (1990), “The Globalisation of Modern Architecture” (2012) and “Classic Columns: 40 years of writing on architecture” (2017). Adam is a fellow of the Royal Society of Arts, an academician at the Academy of Urbanism, a senior fellow of the Prince’s Foundation for the Built Environment (Heritage) and founder and past-chair of the College of Chapters at INTBAU (UK). He has been a Royal Institute of British Architects (RIBA) award judge for nine years, was twice elected by membership to the governing RIBA Council, and from 2001 to 2003 became honorary secretary, at which time he founded the Traditional Architecture Group. 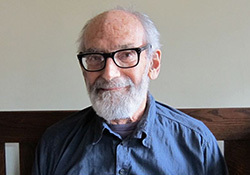 The award ceremony on March 25 will also honor the Henry Hope Reed Award laureate, James S. Ackerman, who until his death several weeks ago was the Arthur Kingsley Professor of Fine Arts Emeritus at Harvard University. Perhaps best known for his studies of Michelangelo and Palladio, Ackerman produced an extensive body of original scholarship, skillfully written and carefully sourced. Ackerman received his bachelor’s degree from Yale in 1941 and went on to further studies at New York University, earning a master’s degree in 1947 and doctorate in 1952.

“James Ackerman’s immense contributions to contemporary understanding of Renaissance architecture have greatly influenced not only the field of architectural history but the practice of architecture today,” stated Driehaus. “His work brought the past to life, allowing generations of architects to learn from the early masters of the craft.”

In recognition of the Congress for the New Urbanism’s 25 years of work promoting the development of healthy, walkable, livable communities, the Driehaus Prize jury named CNU recipient of a special award for contributions to the public realm.

“We live in an age that often privileges the private realm over the public, and the Congress for the New Urbanism has worked tirelessly to promote the interests of the public realm. Initially through the design of new communities like Seaside, Florida, and later through education outreach that expanded demand for the improvement of established towns and cities,” stated Dean Lykoudis. “For over two decades, CNU has shown how it is possible to meet the needs of diverse communities with a basic set of principles that can be adapted for different cultures and traditions to create vibrant, beautiful places.”

Recipients of this year’s awards were selected by a jury composed of Adele Chatfield-Taylor, president emerita of the American Academy in Rome; Robert Davis, developer and founder of Seaside, Florida; Paul Goldberger, contributing editor at Vanity Fair; Léon Krier, architect and urban planner; and Demetri Porphyrios, principal of Porphyrios Associates.

For more information about the Driehaus Prize, visit DriehausPrize.org.