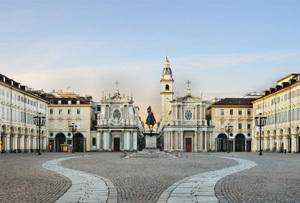 It’s a timeless project—and a priceless opportunity: Advanced students at the University of Notre Dame are currently working with some of Italy’s top linguistics experts to assemble the most complete historical dictionary of the Italian language prior to 1375.

“It’s a kind of training that nobody else in the United States gets to do,” says Charles Leavitt, a post-doctoral research fellow who spent a year at the OVI in Florence as a Ph.D. student at Notre Dame and now manages the University’s involvement in the dictionary project.

“Through this kind of text-based, philological analysis you really do learn how to read Italian and think about the Italian language in a completely different way.”

“It is a very practical and direct way to get into Italian language and culture,” agrees Elisabetta Drudi, a TLIO researcher who received her master’s in Italian studies from Notre Dame last spring and is entering the new M.A. in Classics program this fall. “When you are studying each word you have to deal with the context in which it was used and also the things that it meant at that time, and it opens a broader horizon.”

Since the summer of 2008, students in the Department of Romance Languages and Literatures have written more than 100 dictionary entries. Although participants have primarily been graduate students, the project is open to faculty, postdoctoral fellows and advanced undergraduates as well.

“We’ve done a really interesting range, including some pretty important words for Italian culture, such as gondola, cupola, and prosciutto,” Leavitt says. 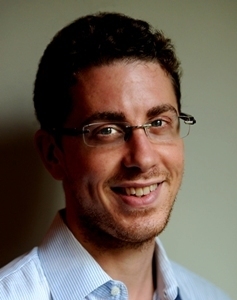 “Cantica,” he continues, “is a word that Dante uses to refer to different sections of the ‘Divine Comedy,’ and there are studies done just on where is he getting this word and why he’s using it because it’s a strange one that you wouldn’t expect.

“And we did the entry here for cantica—we went far beyond Dante to give a more complete definition.”

Drudi and the other Notre Dame participants are each assigned a specific list of words and given a variety of relevant text excerpts, mainly from the 11th and 12th centuries. They then try to discern the definition based on how the word is used in those contexts, Leavitt says.

Each entry includes etymology, first documented use, primary and alternate definitions, examples of phrases in which the word might have a different meaning, and the geographic distribution of the word over time—which is of particular interest in Italian because there were wide regional disparities as the language developed.

“Then there is a section called linguistic notes, where you really get to see some of the creativity and the ability of the people actually writing entries,” Leavitt says.

Filippo Gianferrari, who received his master’s in Italian studies last spring, participated in the TLIO project during each of the past two summers.

“It’s a very interesting program to develop our proficiency,” he says. “You have the opportunity, first of all, to publish something, as entries can count as a publication. Also, you can work with people from whom you can learn a great deal. It’s a very pedagogical project.

“It is also one of those exclusive resources which are available at Notre Dame—and one of the reasons why I decided to go on with my Ph.D. here in medieval studies,” he adds.

Another, more unexpected benefit, say both Drudi and Gianferrari, has been exposure to texts they would not otherwise have read.

“Very often you just study the most famous texts or those texts that were elected by the critics, but there are many others,” he says. “And it’s important for a scholar to develop a knowledge of the wide range of texts that constitute a culture.”

The OVI collaboration has proven to be valuable across the curriculum at Notre Dame, Leavitt says.

“[Associate Professional Specialist] Giovanna Lenzi-Sandusky has said that she was able to share some of her work on the dictionary with her students in first- and second-year language courses, and to get them excited about the growth and change of the Italian language over time,” he says. “Elizabeth Simari [a 2008 Notre Dame graduate], who began work on the OVI the summer after her graduation from Notre Dame with a bachelor’s in Italian, now lives and works in Italy; and James Kriesel [now assistant professor of Italian at Colby College] developed his interests in medieval philology into a dissertation on Boccaccio.”

Although still a work in progress, the free, online, searchable database Notre Dame is helping to create is also contributing to the work of scholars here and around the world. According to an article in the journal Italica, those who have used the dictionary database in their research so far include a Renaissance musicologist, an economic historian at the Federal Reserve Bank of Chicago, and linguistic researchers, historians and scholars working on critical editions.

The opportunity for Notre Dame faculty and students to contribute to this valuable resource will be available for many years to come, Leavitt says. “I don’t know that there’s any kind of end date on it because it’s such a huge project.”

In fact, the University’s participation in the project is expected to grow along with its new interdisciplinary Italian Studies at Notre Dame program, which connects faculty and students from the Ph.D. in Literature program, the Medieval Institute, the School of Architecture, and the departments of history, classics, theology, Romance languages and literatures, and art, art history and design.

“Italian Studies at Notre Dame already has a strong reputation, but I think because it is a program that is also growing and changing very quickly it can take on a project like this,” Leavitt says.

“We anticipate many more participants in the OVI collaboration in the future.”