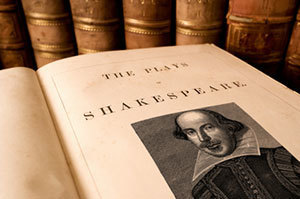 The Shakespeare in Prisons Conference will be held Nov. 15-16 (Friday-Saturday) at the University of Notre Dame.

The conference, a nearly unprecedented international gathering that will include artists and educators who perform and help produce Shakespearean dramas in prisons worldwide, will explore and celebrate the existing and potential benefits of such programs on incarcerated people.

“This will be one of the world’s first such major gatherings of prison arts practitioners, and people from South Africa, Australia, England, Wales, Northern Ireland and every corner of the Unites States are scheduled to attend,” said Scott Jackson, director of Shakespeare at Notre Dame, which is hosting the conference. “Our focus will be on how engagement with the works of William Shakespeare within the prison setting promotes a habilitation of not only the inmate’s mind, but also the body, heart and soul.

“We also want to break down the isolation inherent in the prison arts practitioner experience,” Jackson said, “by linking global methodologies and practices together in an exploration of the power of the arts — and specifically Shakespeare — in the rehabilitation of incarcerated populations. Additionally, we hope to broaden Notre Dame’s enduring commitment to exploring issues and collaboratively seeking solutions on questions of social justice.”

The conference will include lectures and film screenings by Curt Tofteland, the founding director of Shakespeare Behind Bars, and Tom Magill, founder of the Educational Shakespeare Co. and director of the Irish film “Mickey B,” an adaptation of “Macbeth” written and performed by prisoners incarcerated at Maghaberry Prison in Belfast, Northern Ireland. The lectures and screenings will include question-and-answer sessions.

Conference co-sponsors include Notre Dame’s Center for Social Concerns, the DeBartolo Performing Arts Center, the Institute for Scholarship in the Liberal Arts, the Keough-Naughton Institute for Irish Studies and the Nanovic Institute for European Studies.