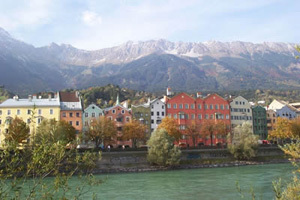 The University of Notre Dame’s study abroad program in Innsbruck, Austria, will enroll its final class of students this spring.

Established in 1964 as Notre Dame’s first study abroad opportunity, the Innsbruck program enrolled some 1,400 students with a focus on German language and culture. At its height in the 1970s, the program attracted 35 to 50 students per year.

However, as the University offered new study abroad opportunities around the world in recent years, the number of applications to the Innsbruck program decreased to the point that just two students applied for the 2010-11 academic year, and there were just nine applicants for the 2011 spring semester. Seven Notre Dame students are enrolled for the full current academic year, and 14 will participate in this spring’s final semester.

Notre Dame will continue to offer a German-language study abroad opportunity through its increasingly popular program in Berlin. The number of German majors at Notre Dame recently has increased by nearly 25 percent, and the University has just been named an associate member of the Berlin Consortium of German Studies, a joint project of Columbia, Johns Hopkins, Princeton and Yale Universities and the Universities of Chicago and Pennsylvania. In addition to classes offered on German language and culture within the consortium program, study abroad students in Berlin may take courses at any of the city’s three premier universities.

Berlin, the capital of reunited Germany, is a dynamic, multicultural central European metropolis with an extraordinary diversity of cultural offerings, featuring numerous museums and world-renowned orchestras, opera houses and theaters, and the city’s array of historical, political, and cultural resources offer students many educational opportunities beyond the classroom.

Qualified students who applied for Innsbruck next academic year will be eligible for placement in Berlin or other study abroad programs offered by the University.

There are 785 students participating in Notre Dame’s 36 international study programs this academic year.