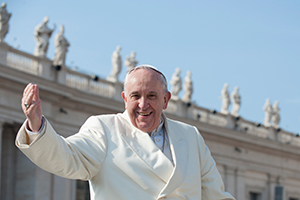 In 1927, when it became evident that Gov. Alfred E. (“Al”) Smith of New York, a Catholic, would be the Democratic Party’s candidate for the presidency, a widely read editorial cited numerous papal encyclicals to question the worthiness of a conscientious Catholic for the nation’s highest office. When he read it, Smith’s reported reaction to the article became famous: “What the hell is an encyclical?”

Controversial even before its release, Pope Francis’ forthcoming encyclical on the environment, titled “Laudato Si” (“Praised be You”), has elicited similarly indecorous responses, including questions about whether the environment has anything to do with the teachings of the Catholic Church.

Theologians and scientists at the University of Notre Dame insist that Laudato Si, however contemporary the issues it will engage, precisely concerns Church teaching, and they look forward to hearing what Pope Francis has to say. (For a list of scholars available to comment, visit news.nd.edu/for-the-media/nd-experts/papal-experts/.)

Encyclicals are formal letters issued by a pope to the universal Church concerning moral, doctrinal and disciplinary matters. While Pope Francis’ predecessors, John Paul II and Benedict XVI, both called for restraint on consumption and care for the earth, Pope Francis, from the very first days of his papacy, has amplified their teaching, making clear his conviction that the world’s 1.2 billion Catholics have a moral responsibility to protect the poor in a climate-changing world. 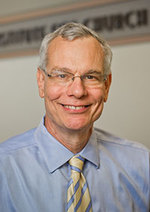 According to John C. Cavadini, professor of theology and director of Notre Dame’s Institute for Church Life, “Some of the hysteria over the encyclical about to be released is due to confusion over the genre. In an encyclical, the pope speaks in a very formal way, and with a relatively high level of authority, but not always in a way that requires adherence to certain doctrines or teachings. So, one thing that worries people is that Pope Francis will be ‘canonizing’ a scientific theory, and that science is beyond the competence and authority of the pope. That is true — that is, that science is beyond the competence and authority of the pope. However, it is incumbent upon the pope or anyone else in the Church to take into account what seems to be the most compelling scientific data and interpretation of that data, the majority opinion among scientists themselves, when making recommendations, and this is precisely what it appears the pope will be doing.

“He doesn’t thereby canonize or dogmatize a scientific theory, which by its very nature is subject to falsification and revision. But it is within the pope’s competence and authority to call attention to our moral responsibilities and duties in the face of the best scientific theory out there, especially when the consequences of not doing so are serious or even drastic, and where silence could be interpreted as scandalous. The pope has the responsibility to speak up for the poor, for instance. He can exhort people to take seriously the burden on the poor that global warming is already causing, and to give the benefit of the doubt to courses of action that would tend toward alleviation of their plight by alleviating the man-made causes known to damage the environment and reasonably thought to be contributing to global warming, even if not proved.” 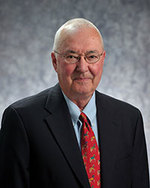 Lawrence Cunningham, professor emeritus of theology, agrees on the appropriateness of such a papal exhortation. “Pope Francis’s letter on the environment,” he said, “reflects the profound Catholic conviction that creation manifests the glory of God and is a free gift given to humanity. Care of the world given to us by God is both a solemn obligation and fundamental for human flourishing.” 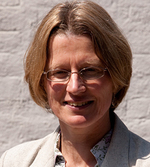 Noting that Praised Be You will be the first ever encyclical to be dedicated to environmental issues, Celia Deane-Drummond, professor of theology, called it “appropriate for a pope who, from the very beginning of his ministry, identified himself with a three-fold mission of attention to issues of poverty, peacemaking and planet. It is appropriate, too, that the title of this encyclical is to be drawn from the famous Canticle attributed to St. Francis of Assisi, the patron saint of ecology. But he will be keen to show how environmental protection is not a new insight for the Church, but builds on Catholic social teaching of his predecessors that included iconic ideas such as attention to human ecology, ecological conversion, social justice and solidarity.

“Given that the signs of our times portray climate change as a harbinger of the end, the message of the Gospel is one of hope, joy, praise and trust in God’s providential care of creation. But that providential care is mediated through a deeper understanding of our particular human responsibilities. Pope Francis has, in a way that is in startling contrast to expectations, demonstrated his commitment to such action by living out and not just speaking out his message. This brings an authenticity to his words that will be hard to resist.” 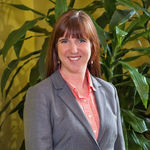 Jessica J. Hellmann, associate professor of biological sciences and research director for the Notre Dame Global Adaptation Index (ND-GAIN), the world’s leading indicator of countries best prepared to deal with the droughts, superstorms and other natural disasters that climate change can cause, said that “our research at ND-GAIN illustrates a key theme we expect to see in the encyclical: that risk from climate change is spread unequally around the world with developing countries more vulnerable to and less prepared for climate change than wealthier countries.

“For example,” Hellmann said, “we’ve shown that if recent gains in adaptive capacity in low-income countries were to continue at their current rate, it would take more than 100 years for poor countries, as a group, to reach the capacity of the richest countries today. We need to bend this curve through adaptation innovations, significant adaptation financing and greenhouse gas emission reduction. Without these investments, human and natural, many systems around the world will decline, sometimes to disastrous levels. The fact that climate change is largely caused by emissions from developed countries implies a humanitarian responsibility of the wealthy to aid the poor.” 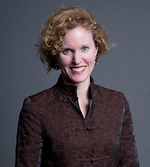 “Climate change is creating the humanitarian crisis of our time,” Coffee said. “The biblical proportion of climate change’s shocks and stress is causing disproportionate harm to those already suffering from poverty, illness and other inequities. Droughts, food insecurity, superstorms and civil conflicts are increasingly impacting poverty and injustice, and that is why Pope Francis’ leadership is important. It shines a holy light on these injustices, motivating us to help the world’s poor and disenfranchised to adapt to the unprecedented and overwhelming impacts of climate change. We must do so in service to justice for human solidarity and concern for the common good.”