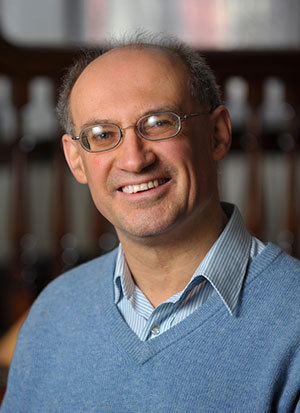 Vittorio G. Hösle, Paul Kimball Professor of Arts and Letters at the University of Notre Dame, has been appointed to the Pontifical Academy of Social Sciences by Pope Francis.

“We were very gratified to learn of Professor Hösle’s appointment to this truly distinguished body,” said Rev. John I. Jenkins, C.S.C., Notre Dame’s president. “On behalf of the University, I congratulate Professor Hösle for this well-deserved and important recognition, and thank him for helping Notre Dame fulfill its mission of serving the Church through scholarship.”

A member of the Notre Dame faculty since 1999, Hösle, who teaches German literature, philosophy and political science, was the founding director of the University’s Institute for Advanced Study. Before coming to Notre Dame, he was a professor at the New School for Social Research in New York and had served on the faculties of the University of Essen and the Hanover Institute for Philosophical Research in Germany. The numerous books he has published have been translated into 20 languages and include “Darwinism and Philosophy,” “The Philosophy of the Ecological Crisis,” “Introduction to Giambattista Vico,” “Truth and History” and “The Dead Philosophers’ Café.”

Established by Pope John Paul II in 1994, the Pontifical Academy of Social Sciences promotes such social sciences as economics, sociology, law and political science, and makes studies in them available to the Church for the development of social doctrine.