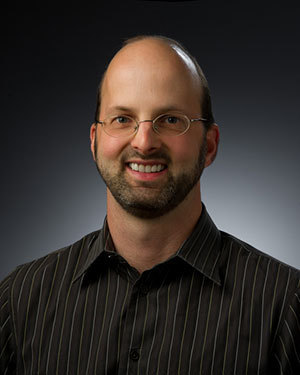 The three-year, interdisciplinary effort will explore the theoretical, empirical and practical dimensions of hope and optimism, funding new research in the social sciences, philosophy and analytic theology.

“I am very excited about this project,” said Newlands, the William J. and Dorothy K. O’Neill Collegiate Associate Professor of Philosophy in Notre Dame’s College of Arts and Letters and co-director of the Center for Philosophy of Religion. “There are not a lot of topics in academia that have such broad appeal and invite careful, specialized research at the same time.”

The Templeton Foundation grant is the largest received by the philosophy departments of the universities to date. With additional funding from Notre Dame and Cornell, the collaborative venture will total $4.5 million. It will include three research initiatives, residential and non-residential fellowship programs, two conferences, writing projects by the co-directors, and creative stage and screen competitions.

“Grants of this size in the humanities are unusual,” said Chignell, associate professor of philosophy at Cornell’s Susan Linn Sage School of Philosophy. “Grants that range across the humanities and social sciences and are shared between two universities are extremely rare. So this is an exciting endeavor and offers new opportunities for all of us.

“It could be that by adding people from two universities, we will get a result that is greater than the sum of its parts.”

The Power of Optimism

While there has been a growing trend in the social sciences to examine positive character traits and virtues, Newlands said, more research is needed on the sources and roles of optimism and hope. These concepts are especially important, he noted, as numerous studies have shown significant correlations between optimism and overall physical and psychological well-being.

“If you had the ability to choose a single psychological trait that you could improve in yourself, I might recommend optimism because it is correlated with so many other good measures,” he said. “Optimists tend to have longevity, be very healthy, have great life satisfaction and be successful. And this is holding fixed for economic, religious and socio-status measures.

“But what about hope? Does hopefulness have a similar kind of high correlation with psychological health, general social status and well-being? How might psychologists and sociologists measure hopefulness? These are among the questions we want to address with this project.”

“Let’s suppose hope involves the belief that something you desire is really possible, and perhaps a willingness to act in certain ways given that belief and desire,” he said. “I think that hope — the belief that things you desire have not been ruled out — is essential to our psychological health and ability to keep going.”

According to Newlands, the hope and optimism project also “dovetails perfectly” with Notre Dame’s Catholic mission. “As a Catholic university, we take the theological virtues very seriously. And of the three — faith, hope and love — hope is probably the least explored.

“I think the Christian faith is a profoundly hopeful religious outlook,” Newlands said.

Both Newlands and Chignell appreciate the cross-disciplinary aspect of the project, which will include an advisory board of various scholars and scientists who have studied hope and optimism. A planning workshop in January 2013 brought together leaders from multiple disciplines to discuss the latest research.

Michael Scheier, professor of psychology at Carnegie Mellon University, attended the workshop and looks forward to further work on the initiative. “The hope and optimism project promises to facilitate interaction between scholars and researchers of diverse disciplines to further our understanding of optimism and hope in significant ways,” he said.

The multifaceted project also includes two public components — a playwriting competition and an amateur video competition — requesting submissions that innovatively represent hope and the role it plays in human life.

“To the credit of the John Templeton Foundation, they strongly support academic research, but they also believe that research should not be done in a vacuum of public interest and discussion,” said Newlands. “So, we thought about ways we could engage different kinds of public audiences with these topics, given how relevant they are.”

In addition to supporting the competitions, the project will also fund the premiere of the winning play and host a number of the two- to three-minute videos on the Hope and Optimism website. Newlands anticipates that these creative elements will “provide an avenue for seeing refractions of hope in a different, gripping narrative way, rather than just reading a research study.”