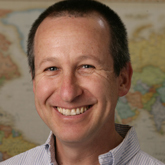 Israeli Prime Minister Benjamin Netanyahu’s “half-hearted recognition” of a Palestinian state existing alongside a Jewish state certainly is a step forward, but “falls short of the minimal required conditions for resuming peace negotiations,” according to Asher Kaufman, University of Notre Dame professor of history and peace studies, whose areas of specialty include the Arab-Israeli conflict.

“More than a genuine change of policy, Netanyahu’s new views are a clear result of pressure exerted on him by the Obama administration. They reflect his realization that he needs to somehow appease the American administration while at the same time remain loyal to his own conservative worldview,” Kaufman says.

Not only did Netanyahu include multiple preconditions for peace talks, the conditions he did set forth applied to the most central issues.

“In his speech, Netanayhu closed the door for any negotiations on some of the most contested issues and aspects of the conflict including the future of Jerusalem, the question of Palestinian refugees’ right of return, and Jewish settlements in the occupied territories,” says Kaufman.

Though the White House acknowledged Netanyahu’s speech as an important step forward, this first step “may be the last,” Kaufman says.

A member of the Notre Dame faculty since 2005, Kaufman specializes in the modern history of Lebanon and Syria and the Arab-Israeli conflict. He currently is working on a project focusing on boundaries, territoriality, conflict and identities in Lebanon, Syria and Israel.

Media advisory: Kaufman’s comments may be used in whole or in part. He is available for interviews and can be contacted at Asher.Kaufman.15@nd.edu.