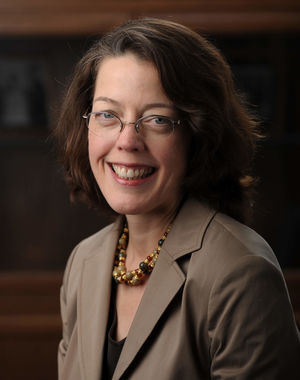 As the Trump administration considers military operations against Syria in the wake of a suspected chemical weapons attack Saturday (April 7) in the town of Douma, a University of Notre Dame Law School professor and world-renowned expert on international law on the use of force says a reprisal attack would be illegal.

Mary Ellen O’Connell, Robert and Marion Short Professor of Law and research professor of international dispute resolution, is author of “The Popular but Unlawful Armed Reprisal,” forthcoming in the Ohio Northern Law Review.

“The use of chemical weapons is correctly characterized as a war crime, but there is an utter failure to recognize that a punitive military attack in response violates fundamental international law,” O’Connell says. “Those who target citizens with chemical weapons should be held accountable, but the way accountability is imposed must also comply with the law. Attacking after such incidents amounts to unlawful reprisals, and unlawful reprisals in which people die belong in the same category of international crimes as the use of banned weapons.”

Currently in residence at the Nobel Institute in Oslo, Norway, O’Connell says reprisal attacks are a serious breach of the United Nations charter.

“President Trump has warned via tweet that ‘missiles will be coming’ to Syria to enforce the norm against using chemical weapons,” she says. “He is going to break the law to save it, reminding me of the old U.S. strategy in Vietnam of destroying a village to save it. And we know how well that turned out.”

In her forthcoming research paper, O’Connell points to armed reprisals last year in Syria carried out by the United States and Iran in the wake of chemical and terror attacks.

“Despite support for their actions even by countries such as Germany and France, retaliatory uses of force are clearly prohibited under international law,” she writes.  “International law generally prohibits all use of armed force with narrow exceptions for self-defense, United Nations Security Council authorization, and consent of a government to participate in a civil war. Military force after an incident are reprisals, which have been expressly forbidden by the U.N.”

Prior to the Trump administration, O’Connell says the U.S. consistently attempted to justify reprisals through creative characterization of the facts to fit the self-defense paradigm.

“Following the April 2017 attacks, the U.S. did not even offer one of these insufficient attempts at justification,” she states. “Nine people reportedly died in last year’s attack, including four children. What was achieved? The implications of these latest developments on international law for the U.S. and the world are grave. Human lives have been taken in violation of the law. The whole attempt to condemn chemical attacks and terrorism becomes at best counterproductive when the response involves a law violation as serious as the triggering offense.”