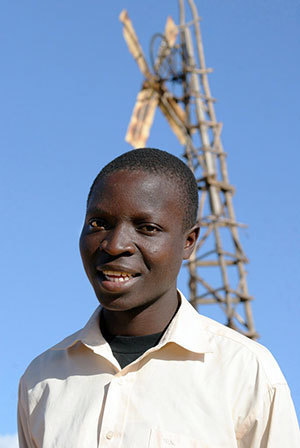 William Kamkwamba, author of “The Boy Who Harnessed the Wind: Creating Currents of Electricity and Hope,” will be speaking at 7 p.m. March 18 (Monday) at the University of Notre Dame Conference Center, following a special performance from African singing troupe Voices of Mercy. The event is free and open to the public.

Kamkwamba was born in Malawi, a country where modern science was a mystery in a land withered by drought and hunger. After being forced to drop out of school because his family could not afford tuition, he regularly visited his village’s library. There, he found the book “Using Energy,” and discovered an explanation of windmills. Kamkwamba dreamed of building a windmill that would bring his small village a set of luxuries that only 2 percent of Malawians could enjoy: electricity and running water. His neighbors called him “misala” — crazy — but Kamkwamba refused to let go of his dreams. With a small pile of science textbooks, some scrap metal, tractor parts and bicycle halves, and an armory of curiosity and determination, he embarked on a daring plan to forge an unlikely contraption and small miracle that would change the lives around him. 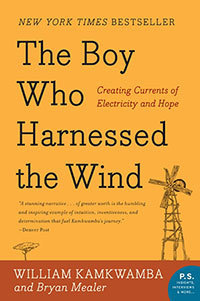 In 2002, he gained fame in his country when he built a windmill to power a few electrical appliances in his family’s home. Since then, he has also built a solar-powered water pump that supplies the first drinking water in his village.

Kamkwamba is currently a student at Dartmouth College. He is a 2007 TED Global Fellow and one of four recipients of the 2010 GO Ingenuity Award, a prize awarded to inventors, artists and makers to promote the sharing of their innovations and skills with marginalized youth in developing nations. His book is a remarkable true story about human inventiveness and its power to overcome adversity.

A book signing and reception with Kamkwamba featuring displays from the Malawian culture and other partner organizations will be held after the lecture. Public parking will be available on the south side of Legends on the Notre Dame campus.