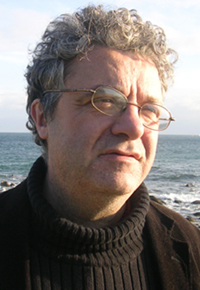 Marc Crépon, a professor at École Normale Supérieure in Paris and researcher at the Centre National de la Recherche Scientifique (CNRS), will present the University of Notre Dame’s 2008-09 Nanovic Institute Distinguished European Lecture on “The Culture of the Enemy: A Critique of Huntington from Freud and Nietzsche” at 8 p.m. Wednesday (April 8) in the auditorium of the University’s Hesburgh Center for International Studies.

As a specialist of the German and French philosophies from the 18th century to the present, Crépon deals with the relationship between language and community, philosophy and terror. He addresses the challenges Europe is facing today in this context.

Crépon’s recent publications have attracted a high level of attention, especially his reflection on “The Clash of Civilizations?” by the late political scientist Samuel P. Huntington. He received the bronze medal at CNRS, the largest fundamental research organization in Europe, where he also served in 2003 as a research director.

The lecture is sponsored by Notre Dame’s Nanovic Institute for European Studies and co-hosted by the Ph.D. in Literature Program.