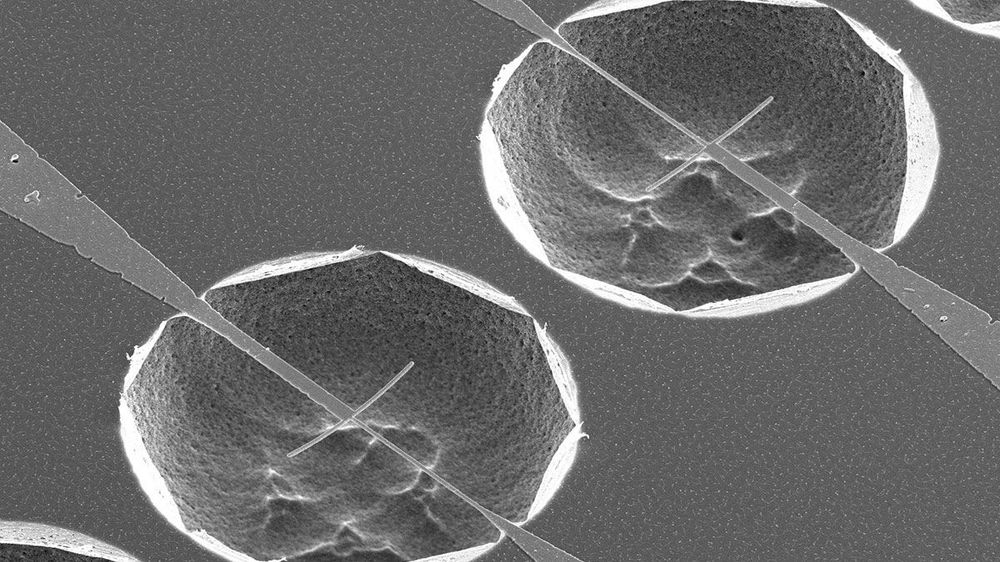 The new multi-spectral light detectors designed by the Notre Dame team selectively capture infrared light in wavelengths from 3 to 100 microns.

For all that scientists have learned about the sun, plenty of unanswered questions remain about the brightest star in the sky. Advancements in solar astronomy have informed a basic understanding of the light spectrum and help predict geomagnetic storms capable of causing blackouts to electronic grid systems.

Now, an interdisciplinary team of researchers at the University of Notre Dame is building a new class of fast, tunable imaging detectors with the ability to capture images of solar wavelengths invisible to the human eye.

“Because the surface of the sun is so hot, we see most of its light just by looking up at the sky,” says Gary H. Bernstein, the Frank M. Freimann Professor of Electrical Engineering and principal investigator of the three-year project. “It also has significant emissions at much longer wavelengths. The more wavelengths we can detect, the more we can learn about what is happening on the sun. The technology we are developing will provide new insights into the physics of solar flares, sunspots and magnetic fields on the sun that contribute to weather on Earth.”

The sun’s surface reaches a temperature of close to 5,800 degrees Celsius (nearly 10,500 degrees Fahrenheit), its light reaching wavelengths around half a micron — not even one millionth of a meter. Based on nanoscale antennas and thermocouples, the new multi-spectral infrared detectors are designed to selectively capture wavelengths from 3 to 100 microns. Bernstein and his team will use that data to determine the temperature of the sun’s lower atmosphere, measure the spectrum of solar flares and gain a better understanding of the role magnetic fields play in solar flare generation.

The detectors will also allow researchers to capture images at those wavelengths and create high frame-rate movies to study the role magnetic fields play in generating solar flares and to predict solar activity that could affect power grid systems and satellite activity.

As part of the NASA-funded project, the team hopes to install the detectors on U.S. satellites.

The high-speed sensors could be used across a wide range of applications, such as aiding navigation of self-driving vehicles, mapping agricultural resources, capturing information about chemical reactions, protecting aircraft from laser attacks, and providing feedback to control manufacturing processes.