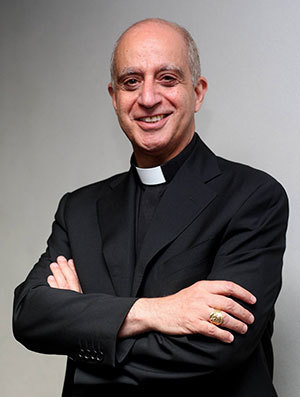 Archbishop Salvatore Fisichella, president of the Pontifical Council for Promoting the New Evangelization and Titular Archbishop of Vicohabentia, will deliver the 2014 Terrence R. Keeley Vatican Lecture at 5 p.m. Wednesday (Feb. 26) in the Hesburgh Center Auditorium at the University of Notre Dame.

Sponsored by the Nanovic Institute for European Studies, Archbishop Fisichella’s lecture, titled “The Role of the Church in Contemporary Society,” is free and open to the public.

More information on Archbishop Fisichella’s visit and an archive of past lectures is available at nanovic.nd.edu.