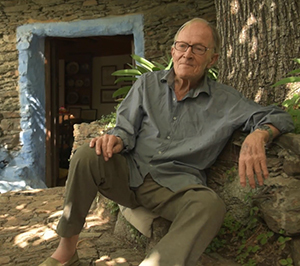 In recognition of his contribution to the enrichment and recovery of Andalusian architecture, Australian-born architect Donald Gray will receive the 2015 Rafael Manzano Martos Prize for Classical Architecture and Monument Restoration, presented by the University of Notre Dame School of Architecture in partnership with the Richard H. Driehaus Charitable Lead Trust.

Gray will be presented with 50,000 euros and a commemorative medal on Wednesday (Oct. 28) in Madrid at the Royal Academy of Fine Arts of San Fernando. A Spanish citizen based in La Alpujarra, Gray has focused much of his work in Marbella, Malaga and La Alpujarra, sites of outstanding projects such as the Urbanización La Virginia, Las Lomas del Marbella Club, the new City Hall in Pitres and the hotel La Tartana.

“Donald Gray began his career at a time when appreciation for traditional building was at one of the lowest points, and he has flourished in creating new spaces that respect the history of the region during decades where modernist ideas have ruled, often leading to the destruction of not only buildings but the knowledge of how to craft buildings,” said Michael Lykoudis, Francis and Kathleen Rooney Dean of the School of Architecture.

The Manzano Prize recognizes the work of architects who defend and preserve vernacular architecture and reinforce Spain’s unique architectural heritage. The award is named after the architect Rafael Manzano Martos, who has devoted his professional life to the preservation of the architectural and urban heritage of Spain through both the restoration and the design of new architecture based on this heritage.

Richard H. Driehaus, founder, chairman and chief investment officer of Chicago-based Driehaus Capital Management LLC, noted, “The Manzano Prize was established specifically to recognize Spanish architects whose work represents continuity in the inherited architectural language of a given region or place. Donald Gray’s work is exemplary in this regard; his projects are timeless and perfectly embody the spirit of the prize.”

In conjunction with the prize, a two-day seminar will be held with the theme Architecture and Humanism. The seminar topic was inspired by Pope Francis’ recent encyclical, Laudato Si’, which included a direct message to architects and urban planners that their work must be focused on enhancing people’s quality of life. Gray’s work is a shining example of incorporating the history, culture and architecture of a place into the construction of new communities that are attractive and create a sense of belonging.

The Manzano Prize was established after Driehaus met Manzano in Chicago after the architect was presented with the 2010 Richard H. Driehaus Prize at the University of Notre Dame, an international award that honors lifetime contributions to traditional, classical and sustainable architecture and urbanism in the modern world.