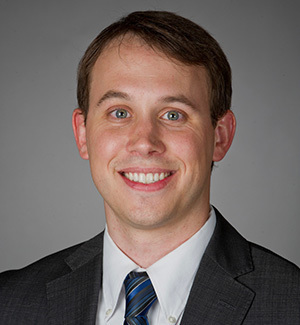 When Tim Weninger conducted two large-scale experiments on Reddit – otherwise known as “the front page of the internet” – back in 2014, the goal was to better understand the ripple effects of malicious voting behavior and the impact on what users see and share online.

One could argue the study couldn’t be more timely.

Reddit — so popular it received 234 million unique visitors last September, according to the site — aggregates user-generated content that is then rated through a voting structure. Users can vote positively (up-vote) or negatively (down-vote) on what they see, which determines the prominence of social posts on Reddit’s page. Weninger’s results, recently published in the Association for Computer Machinery journal, Transactions on Intelligent Systems and Technology, provide insight into how a single up/down vote can influence what content users see on the site, which has been known to push viral content into the broader social mediasphere and even mainstream news.

“Most people don’t vote on Reddit. But those that do become the content editors – that’s essentially what they are – and they’re the ones who are responsible for what’s trending on the site,” said Weninger, assistant professor of computer science and engineering at the University of Notre Dame. “Anyone can vote on social media, so it’s relatively easy for a handful of bad actors to manipulate the news and opinions and commentary that you see in social media.”

For the study Weninger and Maria Glenski, a graduate student in the department of computer science and engineering, spent five months monitoring new posts on Reddit – 93,019 posts in all – and randomly, regardless of content, assigned either an up-vote, down-vote or no vote (as a control) to each post. Posts receiving an up-vote ended up with a significantly higher final score than posts with no vote, and posts assigned a down-vote resulted in a significantly lower score. “Moreover, the posts that we up-voted were 24 percent more likely to reach the front page than those that we did not up-vote,” said Weninger.

Content on the site, be it news, photos or video, is completely user-generated, but Reddit differs from other sites such as Facebook or Twitter, as it is not a social network. “You’re not seeing what your friends care about,” said Weninger. “You’re seeing the aggregate opinion of everyone on Reddit.” Or, as previously noted, the aggregate opinion of those who actually vote, which Weninger said is a relatively small percentage of Reddit’s thousands of users. Votes from the subset of users who choose to vote on what they like or don’t like, contribute to the overall score for each post that is calculated by subtracting down-votes from up-votes — and those scores determine which content makes it to the top of the site’s main page and subreddit pages.

“Media is shifting,” he said. “We’re moving away from a dozen editors at major networks to a million editors at home on their cell phone. It’s important to remember that what’s trending on social media is derived from only those who vote, and may not represent the opinions of the actual, broader population.”

Weninger continues to measure the intersection and impact of human behavior in social media.

“It is critical that we understand the dynamics of how social rating systems curate the media that we all see and hear in our daily lives,” he said. “That, to me, is essential. I can’t think of anything more important.”