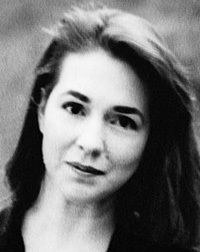 All events, which are free and open to the public, will be held in Notre Dame’s McKenna Hall.

The festival begins Tuesday at 6 p.m. with a public reception, followed by a reading by Moore in the auditorium. Wednesday’s events include a panel on the short story and its interplay with other genres featuring all three authors at 3 p.m., and readings by Hernandez and Hwang at 7:30 p.m., with a reception to follow.

Moore, the Delmore Schwartz Professor in the Humanities at the University of Wisconsin, has published six critically-acclaimed works of fiction––three novels and three collections of stories––and was elected in 2006 to the American Academy of Arts and Letters. She has also been awarded a fiction fellowship from the National Endowment for the Arts, a Guggenheim Fellowship and a Rockefeller Foundation Fellowship. Her short fiction is published frequently in The New Yorker and has been anthologized in several volumes of Best American Short Stories and in The Best American Short Stories of the Century, edited by John Updike.

Hernandez spent 33 years as a UAW worker, most of them at the Cadillac Plant in Detroit, and still is an active member of UAW Local 160. Her story collection, “Autopsy of an Engine,” chronicles the closing of Cadillac’s Clark Street facility, and is told in a dozen different narrative voices. Hernandez also is the author of two collections of poetry, “Quiet Battles” and “Snakecrossing.” All her work reflects the language and culture of her Trinidad and St. Vincent heritage.

Hwang was awarded the PEN Beyond Margins Award and the Sue Kaufmann Prize for first fiction from the American Academy of Arts and Letters for her first collection of stories, “Transparency.” She has held many distinguished fellowships, including residencies at the MacDowell Colony and the Provincetown Fine Arts Center, the Wisconsin Institute for Creative Writing and Colgate University. Her work has been read as part of the Selected Shorts series at Symphony Space and has appeared in Best New American Voices, Glimmer Train, and Tin House. She currently teaches at St. Mary’s College and is at work on a second collection of stories.

More information about the Creative Writing Program is available at www.nd.edu/~alcwp.