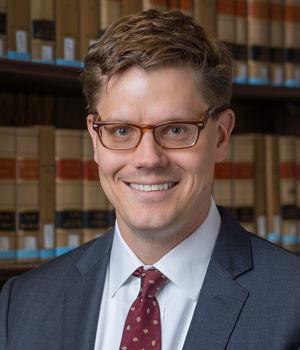 President Donald Trump’s recent executive orders have thrust into the spotlight an issue that isn’t commonly known, but has great legal significance, and is scrutinized in a new study by University of Notre Dame Law School professor Jeffrey Pojanowski.

In “Without Deference,” forthcoming in Missouri Law Review, Pojanowski, who specializes in administrative law, finds that in recent years a number of judges and scholars have become increasingly critical of Chevron deference. Critics are concerned that Chevron gives too much power to administrative agencies, and that it undermines the rule of law in two ways: First, it makes it easier for administrative agencies to make law and policy without input from Congress. Second, by requiring judges to defer to agencies whenever the agency has simply a reasonable argument (even if judges don’t think that reasonable answer is correct), it undermines the court’s duty to say what the law is.

“What is interesting is that much of the recent criticism of Chevron has come from conservatives, though there are still conservatives who agree with Chevron as well as liberals who are uncomfortable with it,” Pojanowski says. “This may simply be because President Obama was in charge of the executive branch. It will be interesting to see whether that continues when Republicans control the White House. So far, however, Congress has tried to take measures to repeal the Chevron doctrine by statute. And the Supreme Court nomination of Chevron skeptic Neil Gorsuch suggests so far that conservative critics are sticking to their principles.”

Chevron deference has been a central point of dispute on a range of important issues, from network neutrality to immigration. And Gorsuch, who has been described by several observers as “to the right of Scalia on Chevron,” could push to diminish or overturn the doctrine.

Whether this is good or bad remains to be seen, says Pojanowski.

“If you like net neutrality, you may be worried about Chevron deference, since a new set of commissioners on the FCC could roll it back and have it upheld in court as long as it is reasonable,” he says. “Without Chevron, the courts will say whether or not net neutrality is allowed and that will be the final word. If you are worried about executive overreach on immigration policy, getting rid of Chevron might curtail an administration that is really pushing the envelope on what the statutes allow.”

In “The curveball in the Gorsuch nomination,” Pojanowski discusses how eliminating Chevron would also rein in the president’s use of executive orders.

So, why does Chevron matter?

“Not because of any one particular issue,” says Pojanowski. “Chevron can help an agency and administration increase or decrease, say, environmental regulation, labor regulation, the strictness of anti-discrimination laws, etc. What is most important is its systematic effects. By giving the agencies a heavy benefit of the doubt where the law is unclear, Chevron gives those agencies more flexibility to regulate according to their policy preferences. Without Chevron, their flexibility is limited by what the courts think the best reading of the law is, and that could be pro- or anti-regulatory. It just depends on the particular law and the particular court’s reading of it.”

Even if Congress were to repeal Chevron or if the Supreme Court were to abandon it, it may be tricky to get rid of deference entirely.

“There will still be some cases where the law really doesn’t say much at all,” Pojanowski says. “For example, ‘adequate margin of safety’ or ‘just and reasonable rates.’ There, there is really no law to interpret, it’s just an open-ended instruction. In those cases, courts are more likely simply to check if the agency is acting rationally, considering all the arguments, and explaining its decision.”

Even where statutes are more precise, there will be complicated cases where judges, simply as a matter of human nature, may give the close call to the agency if they trust its expertise.

“In this case, getting rid of Chevron still changes the game,” Pojanowski says. “The courts are not required to give the agencies the benefit of the doubt and are free to disagree if they think the agency’s answer is wrong — even if it is reasonable.”