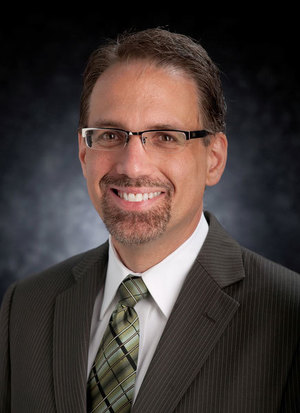 Daniel J. Myers, vice president and associate provost for faculty affairs at the University of Notre Dame, has been appointed the next provost at Marquette University. Myers will begin his new role on July 1.

In the Office of the Provost, Myers’ work focused in part on faculty orientation and mentoring and the faculty promotion and tenure process. He oversaw the Office of Digital Learning and the external reviews of academic departments, and chaired the University’s recent reaccreditation process. Myers was also responsible for academic space management, which included participation in the planning and approval of all academic building and renovation projects, including the academic components of Campus Crossroads.

“I have tremendously enjoyed my time at Notre Dame and am deeply grateful for the wonderful friendship of so many faculty colleagues, staff and students,” Myers said. “I could not have asked for a better place to spend these years of my career and to grow as a scholar, teacher, administrator, and as a person.”

Involved in a number of committees throughout campus, Myers has been an active member of the Provost’s Advisory Committee, the Faculty Affairs Committee of the Academic Council, the President’s Oversight Committee on Diversity and Inclusion, the University’s Executive Advisory Council in the Office of Information Technology, and the Student Affairs Advisory Committee on LGBTQ Student Issues.

“Dan Myers has contributed to Notre Dame in countless ways, including being an award-winning teacher, a path-breaking researcher, a member (and often leader) of countless committees and task forces, and holding several major administrative positions,” Thomas G. Burish, Charles and Jill Fischer Provost, said. “You can delegate something entirely to Dan, knowing it will be accomplished at the highest standard of excellence. He often identifies areas of opportunity no one else had yet considered and then brings them to fruition. He can make hard decisions but always based on clear principles. And as best I could tell, virtually everyone trusted him. Few people ever achieve a few of these things; it is truly rare to accomplish them all.”

Appointed a professor of sociology at Notre Dame in 1998, Myers chaired the Department of Sociology from 2003 to 2007 and was director of research and faculty development in the Kroc Institute for International Peace Studies. He also served as associate dean in the College of Arts and Letters, where he guided a rapid expansion of the social sciences division and founded the Center for the Study of Social Movements.

Myers earned a bachelor’s degree in political science and a master’s in higher education and student affairs from Ohio State University before completing a master’s and doctorate in sociology at the University of Wisconsin.