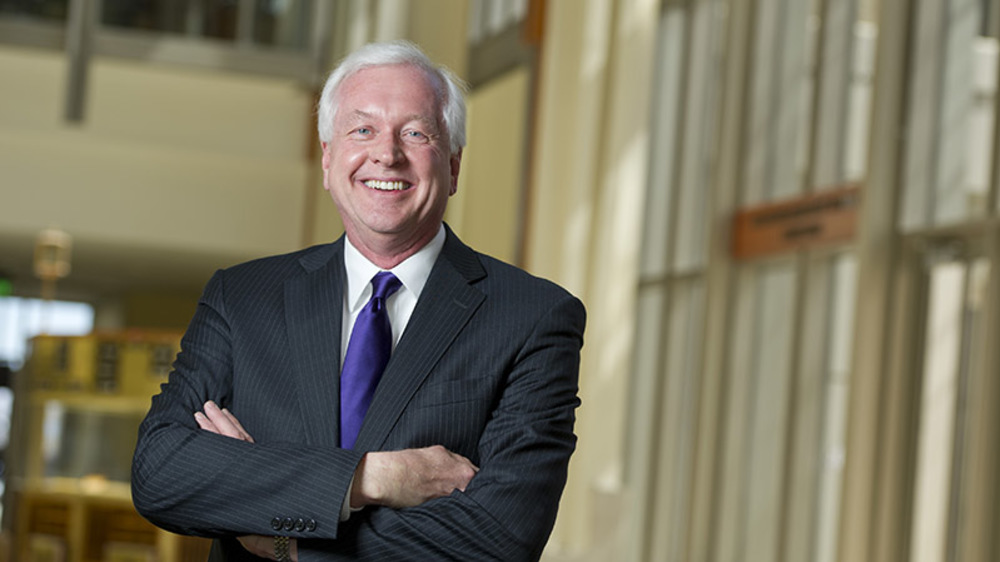 Notre Dame trade expert Jeff Bergstrand testified before the international trade commission that many of the expected effects of the proposed US-Mexico-Canada Agreement can be estimated using what we’ve already learned about the effects of free trade agreements.

As the Nov. 30 deadline approaches for signing the US-Mexico-Canada Agreement (USMCA), University of Notre Dame finance professor Jeffrey Bergstrand testified before the members of the international trade commission about the documented benefits of free trade agreements — including boosts to trade and economic welfare.

Bergstrand, a finance professor in the Mendoza College of Business for more than 30 years, conducts research in the areas of international trade flows, free trade agreements, foreign direct investment, and exchange rates. He has also advised the European Commission on the effects of EU-U.S. nontariff barriers and of EU free trade agreements with non-EU countries on their mutual trade flows.Bergstrand made his comments to the U.S. International Trade Commission (USITC) during a public hearing held Nov. 15 in Washington, D.C., in connection with an investigation of the likely impact of USMCA. The agreement is scheduled for signing Nov. 30 at the G20 summit in Buenos Aires, Argentina.

1. USMCA has an important predecessor: NAFTA. Consequently, if the proposed USMCA has strong similarities to NAFTA — which it does — the economic effects on the three countries from USMCA will be similar to those that can be estimated ex post from NAFTA using statistical analysis. The two agreements are very similar in content, with the notable exceptions that in the auto sector, the mandatory percentage of content that is produced among the three countries is raised from 62.5 percent to 75 percent. Further, 40 percent to 45 percent of the content of cars must be produced with an average wage rate of $16 per hour, with the right-to-unionize being enhanced.

4. Free trade agreements support democracies. Based upon empirical evidence in recent years, the formation of a free trade agreement among countries tends to increase the probability of a “weak democracy” not falling under autocratic rule.

5. Free trade agreements foster peace. Based upon empirical evidence in recent years, the formation of a free trade agreement fosters less conflict between member nations. This was an important factor behind the historical formation of the original European Economic Community, which included France, Germany, Italy, Belgium, the Netherlands and Luxembourg.

Bergstrand is a fellow of Notre Dame’s Kellogg Institute for International Studies and a research associate of CESifo, an international network of researchers based in Europe. His research has been published in more than 50 articles in such journals as the American Economic Review and as chapters in books. He has been a visiting scholar at the European Commission in Brussels, the IFO Institute/University of Munich, ETH University in Zurich and several other institutions. His current research focuses on economic determinants of multinational firm behavior and foreign direct investment and on the causes and consequences of the growth of regional economic integration agreements.

Originally published by Carol Elliott at mendoza.nd.edu on November 28, 2018.

In Memoriam: Anthony N. Michel, dean emeritus of the College of Engineering

The Work and the Walk: Q&A with Eric Love, director of staff diversity and inclusion