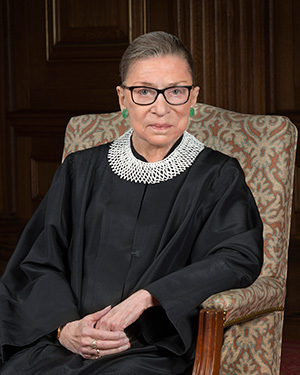 An associate justice of the U.S. Supreme Court since 1993, Ginsburg will engage in a dialogue on a wide range of issues with U.S. Court of Appeals Judge Ann Claire Williams, a Notre Dame alumna and Trustee.

Ginsburg earned her bachelor’s degree from Cornell University and law degree from Columbia Law School. She served as a law clerk to the Honorable Edmund L. Palmieri, judge of the United States District Court for the Southern District of New York, from 1959 to 1961. From 1961 to 1963, she was a research associate and then associate director of the Columbia Law School Project on International Procedure. She was a professor of law at Rutgers University School of Law from 1963 to 1972 and at Columbia Law School from 1972 to 1980, and a fellow at the Center for Advanced Study in the Behavioral Sciences in Stanford, California, from 1977 to 1978. 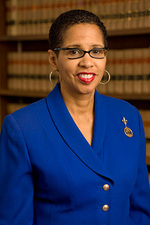 In 1971, Ginsburg was instrumental in launching the Women’s Rights Project of the American Civil Liberties Union and served as the ACLU’s general counsel from 1973 to 1980 and on the organization’s national board of directors from 1974 to 1980. She was appointed a judge of the U.S. Court of Appeals for the District of Columbia Circuit in 1980, and, after her nomination by President Bill Clinton, she took her seat on the U.S. Supreme Court on Aug. 10, 1993.

Williams was appointed to the Court of Appeals for the 7th Circuit in November 1999 after previously serving as a U.S. District Court judge for the Northern District of Illinois in Chicago. She received an honorary degree from Notre Dame in 1997.

Sponsored by the Office of the President, Notre Dame Law School and Notre Dame Student Government, the event is free but ticketed and open to the campus community and general public. Tickets are available on www.nd.edu/ginsburg and in person or via phone through the Murnane Family Ticket Office at Purcell Pavilion, 574-631-7356. Please review the event website for important security information.