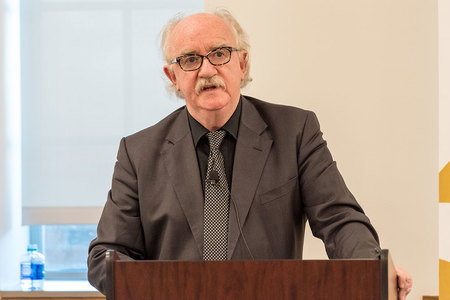 Two faculty from the University of Notre Dame’s College of Arts and Letters — Declan Kiberd and Dianne Pinderhughes — have been elected to the American Academy of Arts and Sciences, one of the nation’s oldest learned societies and independent policy research centers.

Kiberd, the Donald and Marilyn Keough Professor of Irish Studies and professor of English at Notre Dame, is a major figure in the field of Irish studies. Pinderhughes, chair of the Department of Africana Studies and a professor in the Department of Political Science, analyzes racial, ethnic and gender issues associated with political participation in the American political system, and in comparative perspective.

Since its founding during the American Revolution by John Adams, James Bowdoin, John Hancock and other scholar-patriots, the academy has elected leading “thinkers and doers” from each generation, including George Washington and Benjamin Franklin in the 18th century, Daniel Webster and Ralph Waldo Emerson in the 19th, and Albert Einstein and Winston Churchill in the 20th. 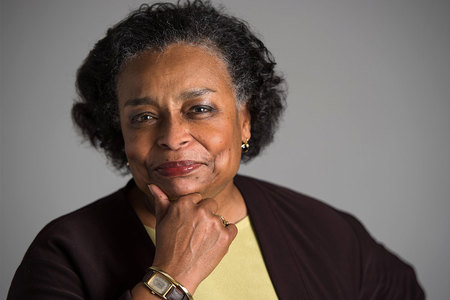 A faculty fellow in the Keough-Naughton Institute for Irish Studies who came to Notre Dame in 2011, Kiberd is an Irish language speaker and a scholar of ancient Celtic culture and Irish literature and history. He has lectured in some 30 countries worldwide and contributes essays and reviews to the Irish Times, the Times Literary Supplement, the London Review of Books and the New York Times.

“It is a wonderful thing to have one’s work generously recognized by colleagues,” Kiberd said, “but I am sure that the academy is also marking the contribution of so many other Irish studies scholars at Notre Dame. The whole thing has lifted my heart.”

His study of Irish literature, "Inventing Ireland," was praised by the late Edward Said as “a highly readable, joyfully contentious book.” Kiberd’s most recent book, "After Ireland: Writing the Nation from Beckett to the Present," was published by Harvard University Press in 2018 and has just been released in paperback. He is currently finishing a book called "Beckett Unknown: Mysticism without God" and a short book about cricket, "England and Eternity."

“I am honored to have been elected to membership in the American Academy of Arts and Sciences,” she said, “and look forward to engaging in the work of this extraordinary organization.”

The author of several books, more than 30 book chapters and numerous articles and reports, Pinderhughes has completed the second edition of a textbook she co-authored, "Introduction to US Racial And Ethnic Politics." She is now completing "Black Politics After the Civil Rights Revolution," a book on the American political landscape after the civil rights movement and after Barack Obama’s presidency. In her most recent book, "Contested Transformation: Race, Gender, and Political Leadership in 21st Century America" (Cambridge, 2016), co-authored with Carol Hardy-Fanta, Pei-te Lien and Christine Sierra, Pinderhughes explored the intersection of gender and race among elected officials across the nation.

Originally published by Josh Weinhold at al.nd.edu on April 18.