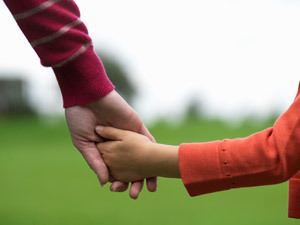 Mothers who have experienced childhood abuse, neglect or other traumatic experiences show an unwillingness to talk with their children about the child’s emotional experiences, a new study from the University of Notre Dame shows.

According to the study, which was presented at the Society for Research in Child Development 2013 Biennial Meeting in Seattle, a sample of low-income mothers who had experienced their own childhood traumas exhibited ongoing “traumatic avoidance symptoms,” which is characterized by an unwillingness to address thoughts, emotions, sensations or memories of those traumas. This avoidance interfered with mothers’ ability to talk with their children about the child’s emotions, leading to shorter, less in-depth conversations; those mothers also used closed-end questions that did not encourage child participation.

“Traumatic avoidance symptoms have been shown to have a negative impact on the cognitive and emotional development of children,” said Kristin Valentino, Notre Dame assistant professor of psychology who specializes in the development of at-risk and maltreated children. Valentino conducted the research with Notre Dame undergraduate Taylor Thomas.

“This research is important because it identifies a mechanism through which we can understand how maternal trauma history relates to her ability to effectively interact with her child. This finding also has implications for intervention work, since avoidance that is used as a coping mechanism is likely to further impair psychological functioning,” Valentino said.

In a related study published recently in the journal Child Abuse and Neglect, Valentino found that maltreating parents, many of whom had experienced childhood trauma, could successfully be taught to use more elaborative and emotion-rich reminiscing with their preschool-aged children, which has been linked to a children’s subsequent cognitive abilities in a number of areas including memory, language and literacy development.

As global shipping increases, non-native species could threaten the Arctic