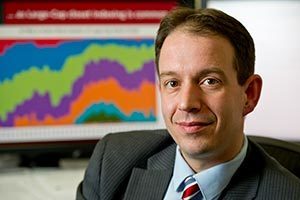 In 2006, two finance professors at the Yale School of Management, Martijn Cremers and Antti Petajisto, began circulating a paper that introduced a new way for investors to evaluate actively managed mutual fund portfolios. Their proposed measurement, “Active Share,” was widely adopted by the finance industry, quickly becoming one of the most popular ways to measure the difference between the portfolios’s holdings and their benchmarks. But recent research by Cremers, who now teaches at the University of Notre Dame, suggests that investors should be cautious in how they use it.

Actively managed mutual funds charge higher fees than index funds, also known as passive funds. Many investors are willing to pay that premium because they expect the actively managed mutual fund, under the direction of a skilled portfolio manager, to outperform the benchmark. Unfortunately, many of these mutual funds do not do much stock picking or are even “closet benchmark funds,” charging high fees for a portfolio that largely mirrors that of the index. Knowing a mutual fund’s Active Share score is a critical tool that investors can use to avoid these closet benchmark funds and find true stock pickers.

Before Active Share, the most common measure of active portfolio management was by tracking “error volatility,” which represented the volatility of the difference in the returns between a fund and its benchmark. But tracking error volatility has a number of flaws. For instance, well-diversified “stock picker” portfolios may have a lower tracking error than less-diversified “sector rotator” portfolios, even though the latter funds may have substantially more overlap with the benchmarks.

In their 2006 paper, Cremers and Petajisto argued that Active Share provided a more relevant view of how much mutual funds differed from the benchmark, and thus of how justified they were in charging a higher fee. Even more tantalizing, their paper found that funds with high Active Share “significantly outperform their benchmarks, both before and after expenses.”

This finding in particular drew the finance world’s attention. Soon, the two scholars were being invited to address groups of investors around the world. In 2007 and 2008, Cremers gave presentations in Rome, Milan, London and Amsterdam. Morningstar, the independent investment research company, adopted Active Share as one of its mutual fund measurements. Cremers and Petajisto’s paper was finally published in 2009 in the Review of Financial Studies, exposing even more people to the idea. “Of all portfolio measures invented over the past decade, Active Share has become by far the most popular,” Morningstar analyst John Rekenthaler wrote in 2014.

Active Share was quickly embraced by both academics and investors as an important new tool to evaluate portfolio managers. But some investment analysts cast doubt on the usefulness of Active Share by itself as a way to predict future performance. In 2014, Fidelity released a paper arguing that “investors should be wary of trying to make precise distinctions about manager skill or return potential using Active Share alone.”

In response to these criticisms, Cremers, who recently was named the Bernard J. Hank Professor of Finance at Mendoza College of Business, began writing a series of papers clarifying and refining his original findings. In 2016 he and Ankur Pareek of the Rutgers Business School published a paper in the Journal of Financial Economics showing that, among high Active Share portfolios, only those with “patient investment strategies” — those with stock holding durations of over two years — were able to outperform their benchmarks. Cremers saw this as a way to correct a common misunderstanding about Active Share — one he admits his original paper introducing Active Share have inadvertently encouraged.

“Some people seem to think that high Active Share means the manager has skill, and that the fund will outperform,” he explained. “Active Share doesn’t measure performance. It doesn’t measure skill. It just measures how different the fund is from the relevant index fund. I think we may have contributed to this notion ourselves, because we chose the subtitle, ‘A New Measure the Predicts Performance,’ for our 2009 paper. If I were writing it today, I would probably choose a more humble subtitle.”

Cremers continues to develop the concept of Active Share. His most recent paper, forthcoming in the Financial Analyst Journal, is titled “Active Share and the Three Pillars of Active Management: Skill, Conviction and Opportunity.” In the paper, he argues that only portfolio managers who possess certain character traits will be able to outperform benchmark indices: “The three pillars of skill, conviction and opportunity — originating from Plato, Aristotle and Aquinas, for example — is an application of the philosophical idea that practical wisdom involves the full triad of right knowledge, good judgment and effective practical application.”

It might seem strange for a finance professor to cite long-dead philosophers, but Cremers said it’s simply a natural outgrowth of his interest in philosophy and theology, which is partly what drew him to Notre Dame in the first place. “I spent 10 years at Yale, five years at NYU, and before that I attended university in The Netherlands. One of the reasons I came to Notre Dame is that I was looking for more integration of my profession with my faith.”