Three faculty members in the University of Notre Dame’s College of Engineering — David Go, assistant professor of aerospace and mechanical engineering; Hai Lin, assistant professor of electrical engineering; and Laurel D. Riek, the Clare Boothe Luce Assistant Professor of Computer Science and Engineering — have been named recipients of the 2013 National Science Foundation (NSF) Early Career Development (CAREER) Award. The award is the highest honor given by the U.S. government to young faculty in engineering and science. 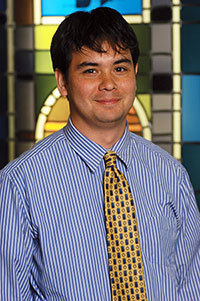 Go, who was also selected by the Air Force Office of Scientific Research for the 2011 Young Investigator Program, joined the University in 2008. His CAREER project, titled “Low Temperature Microplasmas for Thermal Energy Conversion, Education, and Outreach,” aims to establish a new technique to directly convert heat — whether it be from the sun, a nuclear reaction or the waste heat from an industrial process — to electricity. Go is investigating thermionic energy conversion, where electrons are ejected from a hot metal and collected by a cool metal to form current, and how to enhance it with a microplasma to make the technique more suitable for terrestrial applications. An ionized gas between the hot and cold surfaces, the microplasma will increase the number of electrons emitted from the hot surface, as well as improve the transport of electrons from the hot to cold surface.

In addition to the fundamental studies conducted as part of this project, Go will develop a plasma science booth for the local Science Alive festival hosted by the St. Joseph County Public Library. He will also continue a water discovery and analysis program that he initiated with local middle schools. 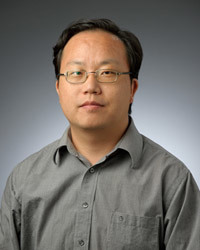 Lin is a “Double Domer” and received his master’s degree and doctorate from Notre Dame, both in electrical engineering, in 2002 and 2005, respectively. Before returning to his alma mater in 2012, he served as an assistant professor at the National University of Singapore.

Lin’s teaching and research interests focus on the multidisciplinary study of the problems at the intersections of control, networks, computation and life sciences. He is the director of the Distributed Cooperative System Research Lab (DISCOVER). The main goal of DISCOVER is to understand how existing natural or man-made complex systems work and, more importantly, how to build more reliable and efficient engineered complex systems, such as next-generation power grids and transportation systems.

Titled “Multi-robot Cooperative Tasking through Local Coordination Design,” Lin’s CAREER project will use multi-robot cooperative tasking as a particular design example to explore the design principles for engineered complex systems. The proposed cooperative robotics developed could be extended to the design of more general cyber-physical systems and finally evolve into a scalable, correct-by-design formal approach to engineering complex systems. He hopes to provide a more insightful understanding of the design principles and practical studies involving the performance of swarming robotics for more reliable and efficient systems, whether it be for environmental monitoring, emergency response or law enforcement.

Both undergraduate and graduate students are expected to work throughout the project as part of algorithm development teams and in the project’s multi-robot test bed.

A senior member of the Institute of Electrical and Electronics Engineers (IEEE), Lin has been very active in the research community, having served as the program chair for the 2011 IEEE International Conference on Control and Automation, as well as for the 2010 and 2011 IEEE Conference on Cybernetics and Intelligent Systems among several editorial boards. He also served as the chair of the Singapore Chapter of the IEEE on Systems, Man and Cybernetics Society for 2009 and 2010. 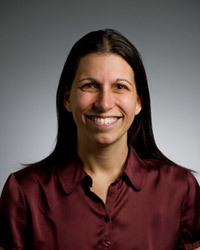 Riek’s expertise is in robotics, health informatics and social signal processing. She directs the Robotics, Health and Communication Laboratory, where she and her team explore fundamental research questions surrounding the creation of machines that are socially agile, able to sense, respond and adapt to human social behavior. This work has many applications, particularly in health care, where lab members are developing new health information technology tools to improve health care delivery and safety, and novel robotic training aides to facilitate patient-centered communication.

It is estimated that in the United States more than 150,000 people die each year, and billions of dollars are lost, as a result of communication-related medical errors. Through her CAREER project, titled “Next Generation Patient Simulators,” Riek hopes to reduce the incidence of these errors by creating high-fidelity robotic human patient simulators (HPS) that have the ability to exhibit realistic, clinically relevant facial expressions, critical cues providers need to assess and treat patients. Although HPS systems are the most commonly used android robots in America, they currently do not exhibit realistic facial expressions, gaze or mouth movements. Riek’s goal in this project is to address this shortcoming by developing novel expression synthesis algorithms modeling the facial characteristics of people who have had strokes or have cerebral palsy or dystonia, as well as the states of pain and drowsiness. When modeled on a novel HPS system, these expressive robots will enable educators to run simulations currently impossible with commercially available technology, thereby leading to more realistic training experiences for doctors, nurses and combat medics. This, in addition to improving the quality of health care, could enhance the understanding of these disorders and provide a means for educating society how to better interact with those suffering from these disabilities and to quickly recognize signs of stroke.

In addition to the CAREER Award, Riek has received a Qualcomm Research Scholar Award, a Cambridge Overseas Trust Scholar Award and numerous awards during her tenure as a senior artificial intelligence engineer and roboticist at MITRE, a not-for-profit research institute.

A Notre Dame faculty member since 2011, Riek earned her bachelor’s degree in logic and computation from Carnegie Mellon University in 2000 and her doctorate in computer science in 2011 from the University of Cambridge.

The CAREER program, which was established by the NSF in 1995, recognizes and supports junior faculty who exhibit a commitment to stimulating research while also providing educational opportunities for students.