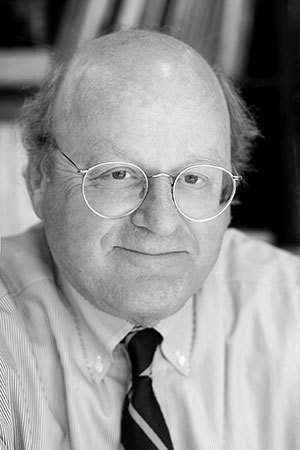 Thomas H. Beeby, an innovative architect celebrated for an array of cultural, academic, religious, residential and commercial buildings, has been named the recipient of the 2013 Richard H. Driehaus Prize at the University of Notre Dame. Beeby, the 11th Driehaus Prize laureate, will receive $200,000 and a bronze miniature of the Choregic Monument of Lysikrates during a March 23 ceremony in Chicago.

Chairman emeritus of HBRA Architects Inc., formerly Hammond Beeby Rupert Ainge Architects, Beeby spent over 40 years as the firm’s director of design, leading projects such as the Baker Institute at Rice University, Meadows Museum at Southern Methodist University, the Bass Library at Yale University, and the United States Federal Building and Courthouse in Tuscaloosa, Alabama. Seven of Beeby’s projects have received the National Honor Award, the highest design distinction, from the American Institute of Architects, including the Hole in the Wall Gang Camp for Paul Newman in Ashford, Conn., the Rice Wing at the Art Institute of Chicago, and the master plan for Paternoster Square in London with John Simpson and Terry Farrell. Progressive Architecture cited three of Beeby’s public library designs, including the Sulzer Regional Library and the Harold Washington Library Center in Chicago.

As one of the “Chicago Seven” architects who rejected modernist influences in the 1970s and 1980s, Beeby helped bring traditional architecture and urban design back into the public consciousness. Pulitzer Prize-winning Chicago Tribune architecture critic Blair Kamin, reflecting on the group’s influence in 2005, commended the “critical spirit that helped the Chicago Seven alter the course of the city’s architecture.”

An Oak Park, Ill., native, Beeby received a bachelor’s degree in architecture from Cornell University in 1964 and a master’s degree from Yale in 1965. In 1971, Beeby and Jim Hammond founded Hammond Beeby & Associates (now HBRA). After teaching for more than a decade the Illinois Institute of Technology and the University of Illinois, Chicago, he served from 1985 to 1991 as dean of the Yale School of Architecture, where he remains an adjunct professor. Beeby was elected to the College of Fellows of the American Institute of Architects in 1991.

Established in 2003 through the Notre Dame School of Architecture, the Richard H. Driehaus Prize honors lifetime contributions to traditional, classical and sustainable architecture and urbanism in the modern world. The Driehaus Prize represents the most significant recognition for classicism in the contemporary built environment.