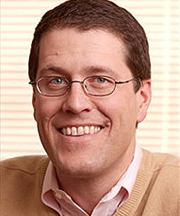 The missionary priests of the Congregation of the Holy Ghost, or Spiritans, who came to the East African coast during the last half of the 19 th century found themselves working in a society heavily influenced by the Islamic sultanate ofZanzibarand decided to concentrate their efforts on making Christian converts among the societies in the African interior.They set about ransoming the slaves brought from the interior regions to the coast, attempted to mold coherent Christian communities from these mostly young and culturally diverse people, and met with mixed success and predictably controversial results.

I try to take seriously the historical specificity of the Spiritan missionaries who founded the Church in easternAfrica,Father Kollman said.I focus on their backgrounds in the seminary and in social service in a 19th-centuryFrancethat had new forms of social disciplining emerging.I also studied as closely as possible the available records of the Africansresponses to missionary practices. I discern what might be called resistance of various forms, as well as emerging Catholic identity of various forms, not all of which the missionaries appreciated.The shape of Christianity inAfricatoday looks very different from that anticipated by missionaries. Yet the missionaries were not inconsequential, and the differing ways that Africans are now Catholic can often be related to missionary practices.

According to a review by Rev. Aylward Shorter, author of numerous books on the Christian evangelization of Africa, Father Kollmans book demonstratesthat the origins of Catholicism inEastern Africawere complex and that they were the outcome of an interaction between differing mindsets and mentalities. Missionary practices that are easy to judge harshly resulted in the Catholic communities which today embody the Churchs mission.

Father Kollman is a fellow of the Kellogg Institute for International Studies, the Kroc Institute for International Peace Studies, the Nanovic Institute for European Studies, and is the moderator of the African Working Group at Notre Dame.He teaches and writes on the history of Christianity, with special interests in African Christianity and mission history. He has taught at Catholic Theological Union inChicagoand the Philosophy Centre inJinja,Uganda.He has published articles and reviews in African Christian Studies, African Studies, and the Journal of Religion, and he serves as president of the Midwest Fellowship of Professors of Mission and book review editor for the Journal of Mission Studies.