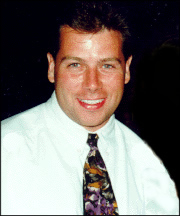 Watching television around the Mandell household has changed a bit over the past couple years. Dad used to just yell at the TV and crack jokes to the wife and kids. Now his media analysis has a wider audience – readers of the Indianapolis Star, who are getting a piece of Ted Mandell’s mind through “Culture Watch,” a regular column in which he takes on all-things-media, from reality TV to local news to talk radio and beyond.

Mandell, who teaches film and video production in Notre Dame’s Department of Film, Television and Theatre (FTT), found himself on the Star’s radar in 2003 after writing an opinion piece titled “The Ten Little Secrets of Local TV News” that made its way around the Internet and wire services. The editors inIndianapolispicked up the article and received such a flood of feedback that they decided to make Mandell a regular. He now entertains and enlightens readers with his take on such topics as “A Brief History of the Super Bowl Halftime Show,” in which he took an in-depth look at “wardrobe malfunctions” and the FCC, and “We’re Choosing a President, Not a Breakfast cereal,” in which he examined political candidates and advertising.

“I really enjoy having the freedom to write about whatever interests me, be it ‘TemptationIsland’ or the local weather coverage, and the freedom to be my own sarcastic self,” Mandell said. “It’s really me just taking the things I shout at the TV or complain to my wife about while I’m on the couch and putting them into 700 words or less.”

A self-proclaimed “fan of bad television,” Mandell’s cup has runneth over in recent TV seasons, with the emergence of such reality gems as “Joe Millionaire,” “Fear Factor” and don’t forget “Who Wants to Marry My Dad?” But while his columns are usually light-hearted and funny, Mandell has a keen sense of the darker side of his subject matter.

“My main concern is that we live in a country where obviously way too many people believe what they see on TV and in motion pictures, and what they hear on the radio, before they believe what they experience in their daily lives,” he said. “Our perceptions of the world are so skewed by the presentation of the world on the tube, that we run around scared to death of everything from bacteria in the kitchen sink to faulty garage door openers (you know, they could maim you, if you believe the special report on the local news).”

Far from a couch potato, Mandell, who, in addition to teaching also heads up the University’s annual Student Film Festival, recently became a father for the third time, which only heightens his awareness of the media’s impact, especially on children.

“I have a whole new take on the world of popular culture as a new parent,” he said. “I see things a lot differently as one who’s now trying to filter the world before it gets to their little eyes and ears.”

Of particular concern to Mandell is the preponderance of violence in network programming, and the line between fiction and non-fiction that he sees becoming increasingly blurry.

That’s what is frustrating about content these days,he said.Everything promotes itself as reality.So that justifies the insidious amount of violence on CSI,the number-one rated show inAmerica?

“We’re so desensitized to TV violence that a one-second peep show from Janet Jackson is more deplorable than hour-upon-hour of rapes, strangulations and triple homicides.

But the reality, he says, is that things are unlikely to change for the better anytime soon, and that reality television isnt going anywhere (we should brace ourselves forSurvivor 45: Coralville, Iowa,he warns). Bad news, perhaps, for society in general, but on the bright side, its highly unlikely Mandell will ever run out of topics for his newspaper column.

We’re a country of saturation, speculation and suggestion,he says.

And as long as the media keep churning out products to meet those demands, Mandell will continue his adventure as a columnist, providing a voice of reason amid the pop culture craziness a voice that many might find a bit familiar.

After all, it started out in a living room a lot like theirs.