A 40-feet-tall, concrete Latin cross that stands on public land at a busy traffic intersection in Bladensburg, Maryland, honoring World War I dead is under the microscope in a Supreme Court case that gets underway Wednesday (Feb. 27).

Does the monument violate the First Amendment, which prohibits government establishments of religion?

The cross has been standing for more than 90 years, but Notre Dame Law School Professor Richard W. Garnett says The American Legion v. American Humanist Association “presents a new opportunity for the justices to clarify the law regarding public religious symbols.” 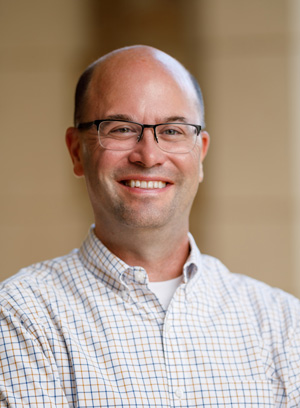 “The court’s decisions and doctrines having to do with religious symbols and displays are notoriously unpredictable and manipulable,” says Garnett, founding director of Notre Dame Law School’s Program on Church, State and Society. “For more than three decades, justices’ opinions in these cases have consisted mainly of speculation about the messages various symbols convey to imaginary observers. They have seemed to be a better fit with the HGTV channel than the U.S. Reports.”

Although the rules regarding matters such as mandatory religious exemptions or school choice for children attending parochial schools are fairly clear and usable, the justices have been unable to settle on a method for evaluating religious holiday displays, depictions of the Ten Commandments and war-memorial crosses.

“The pending war memorial case is the first ‘clean’ religious-symbols case in almost 15 years and, during that time, six new justices have joined the court,” Garnett says. “The court is very unlikely to say that the Constitution forbids the display or use of religious symbols — including crosses — on public property. Such a ruling would put the justices in stark and uncomfortable conflict with longstanding practices. However, some of the justices will likely be looking for a compromise solution that could ‘grandfather’ in older memorials that incorporate crosses while discouraging new ones.”

“The big question,” Garnett noted, “is whether a majority of the Court is ready to endorse the view that Justices Scalia and Thomas have been proposing for some time — namely, that because memorials and displays using religious symbols do not coerce religious activities or entangle church and state, they are simply not ‘establishments’ of religion. If not, we can expect challenges like this, and confusion about how to resolve them, to continue.”

Garnett, the Paul J. Schierl/Fort Howard Corporation Professor and concurrent professor of political science at the University of Notre Dame, clerked for the late Chief Justice of the United States William Rehnquist during the court’s 1996 term. He teaches and writes about the freedoms of speech, association, and religion and constitutional law more generally and is a leading authority on the role of religious believers and beliefs in politics and society.