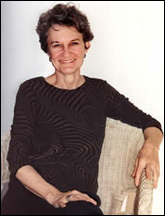 Marilyn Krysl, the winner of the University of Notre Dames 2008 Sullivan Prize for fiction, will present a reading from her workDinner with Osamaat 7:30 p.m. March 19 (Wednesday) in the Universitys North Dining Hall Gold Room.

The event is sponsored by the Creative Writing Program, which awarded Krysl the prize forDinner with Osama,a collection of short stories.

Awarded biannually since 1996, the Sullivan Prize is presented to an author who already has published at least one volume of short fiction. The winner receives $1,000 and publication by the Notre Dame Press. Valerie Sayers and William ORourke, both professors of English and former directors of Notre Dames Creative Writing Program were the contest judges.

Krysl has published three collections of stories and seven volumes of poetry. Her work has appeared in The Atlantic, The Nation, The New Republic, the Pushcart Prize Anthology, Best American Short Stories 2000, OHenry Prize Stories, Sudden Fiction and Sudden Stories.Dinner with Osamawas published earlier this year by the Notre Dame Press.

A former director of the Creative Writing Program at the University of Colorado, Krysl is the recipient of two National Endowment for the Arts fellowships, and has taught English as a second language in the Peoples Republic of China. She has served as artist-in-residence at the Center for Human Caring, worked as a volunteer for Peace Brigade International in Sri Lanka, and volunteered at the Kalighat Home for the Destitute and Dying administered by Mother Teresas Sisters of Charity in Calcutta.