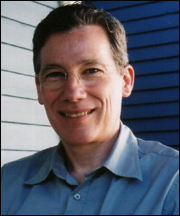 Born in Chile, University of Notre Dame sociologist Samuel Valenzuela has an abiding interest in where he grew up, leading him to focus much of his research on questions related to Chilean history and society.

How he answers, though, often depends on the experiences of other countries.

To really understand a single case,Valenzuela says,one must know others.

His recent study on the effects of welfare institutionsparticularly old-age pensionson national development is a prime example of the comparative research approach for which he is known.

Valenzuela chose to compare Sweden to Chile for the purposes of this study, describing them asan optimal fit.While they had strikingly similar societies, economies, per capita incomes and political systems at the beginning of the 20th century, they implemented decidedly different welfare programs at that time.

In Sweden, access was universal. In Chile, it was limited.

Valenzuela found that Chile exhibited much higher economic growth over the ensuing 100 years or so, a result consistent with the widely held belief that the provision of welfare is a drag on an economy. But he notes that the countrys population grew significantly faster, as well, with Chilean women having an average of five to six children into the 1960s; in Sweden, the average was about two starting in the30s.

This begs a simple question: Why were so many fewer babies being born in Sweden?

The answer has nothing to do with religion, with knowledge of traditional methods of birth control or with the number of births out of wedlock,Valenzuela says.It has to do with old-age pensions and access to child health facilities.

Pointing out that universal access to pensions in Sweden promised state assistance to even the poorest people in old age, he says parents could be confident they wouldnt one day be financially dependent on their kids. Poor parents in Chile, on the other hand, were very likely to need the support of at least one of their children later in life, a reality that encouraged them to have larger families.

By the end of the 20th century, per capita income in Sweden far exceeded that in Chile, and a smaller population wasnt the only reason why.

As the state provides old-age pensions, family resources, even among the poor, can be devoted to caring for children rather than grandparents,Valenzuela says.Hence, all children begin to go to school and stay in school longer. Despite being smaller, the new generations entering the labor force are therefore better qualified, more productive and earn higher incomes.

Based on this research, Valenzuela sees government aid as anything but a deterrent to economic advancement.

The introduction of welfare measures generates a chain of actions and reactions that percolate up from families to create the highest levels of national development in our time,he says.