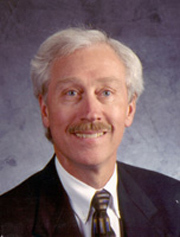 Ethical issues in advertising and marketing – from potentially objectionable ads to misleading messages and outright fraud – are of little concern to many executives in the field, according to a new study published in the current issue of the Journal of Advertising.p. The studys authors, Patrick E. Murphy from the University of Notre Dame and Minette Drumwright from the University of Texas, conducted in-depth interviews with more than 50 advertising practitioners in 29 agencies in eight cities.p. They found that ethical issues arent seen or discussed in most major advertising agencies.p. The researchers labeled the lack of discussion asmoral muteness,defined as an unwillingness to talk about ethical situations even when they are recognized. They referred to the failure to even see the ethical implications of an action asmoral myopia,a condition that helps explain the muteness.p. Study respondents who suffer from moral muteness generally fell into four categories of rationalization. They compartmentalize by keeping their personal convictions separate from their professional decisions, they are unable to say no to their clients, they think ethical behavior is bad for business because it leads to bland messages, and they believe that raising one ethical issue will only lead to others.p. Advertising professionals with moral myopia also rationalize their behavior in several ways, including a belief that consumers cant be fooled by advertising messages, a willingness to blame society at large for immorality, a reliance on the law to define what is moral, a naïve understanding of censorship and the First Amendment, a tendency to get too close to clients, and a head-in-the-sand attitude.p. The researchers did find exceptions to the morally myopic and mute in the field. These were advertisers whotypically recognized moral issues and talked about them inside the agency with their co-workers and outside the agency with the clients and potential clients,the authors wrote. These individuals were characterized as possessingmoral imagination.p. Practitioners who took ethical matters seriously, almost without exception, worked in agencies thatappeared to have organizational cultures and climates that encouraged moral seeing and talking,the study said.These agencies appeared to have some authentic norms regarding ethical behavior that were widely held and clearly articulated by members of the community.p. Murphy and Drumwright said the advertising industry is hardly alone in the failure to put a priority on ethical considerations.p. We do not believe that moral myopia or moral muteness is unique to advertising or marketing,they wrote.Indeed, the recent round of corporate scandals suggests that moral myopia and moral muteness are apparent in many industries. Our data were collected before the Enron debacle, and as we watched it unfold, we saw evidence of rampant moral muteness and moral myopia, which paved the way for serious ethical breaches by people of good and ill intent.p. Murphy, in his 20th year on the Notre Dame faculty, is a professor of marketing and C.R. Smith II Co-Director of the Universitys Institute for Ethical Business Worldwide. He recently was appointed a core faculty advisor of the Business Roundtables new Institute for Corporate Ethics and is serving a three-year fellowship with the Ethics Resource Center. He is the author of a book titledEighty Exemplary Ethics Statementsand co-author of a forthcoming book titledEthical Marketing.p. Drumwright is an associate professor in the Department of Advertising at Texas.p. Contact: Patrick E. Murphy, 574-631-9092 or murphy.72@nd.edu